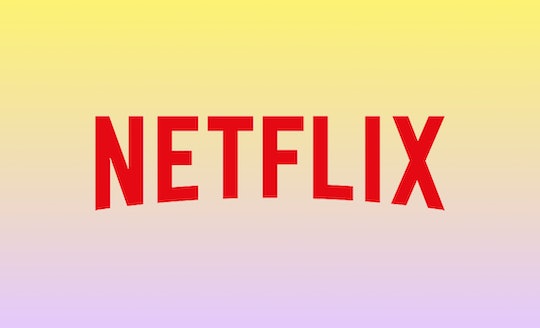 Here's Everything Coming To Netflix In October 2017

Every month the endless font of content that is Netflix sees certain things come and go: for every original series that pops up, one old favorite says goodbye. While it's always tragic to lose out on things to watch, the streaming service makes up for it with something new and exciting every time. If you take a look at everything come to Netflix in October 2017, then there's no way you'll be disappointed with the options made available to you — though, sadly, there are some great things going away when September ends.

Starting on Oct. 1, Netflix subscribers will have to bid adieu to beloved TV shows like 30 Rock and Friday Night Lights, as well as family-friendly fare Happy Feet and romantic classics Love Actually and Titanic. It may be tough to see them go, but all of the new things about to start streaming will make up for it. There will be fascinating documentaries and hilarious comedy specials, long-awaited new seasons of TV shows and the return of some fun romantic comedies.

All of the shows and movies coming to Netflix in October will make for a promising month of binge-watching. As the weather gets chillier and all you want to do is snuggle up on the couch, you'll always be able to find something to watch.

Cleverman tells a unique supernatural story, and those that loved Season 1 will finally get to see how it continues.

Miss Congeniality is one of those films that's always comforting no matter how many times you've watched it, and luckily you'll have unlimited views once it (and its sequel) appear on Netflix.

A cute and whimsical rom-com starring Christina Ricci and James McAvoy, Penelope is perfect for when you want something unusual but not scary to get you in the mood for Halloween.

Sleeping With Other People (Oct. 2)

The Death And Life Of Marsha P. Johnson (Oct. 6)

This documentary takes a second look at the death of transgender activist Marsha P. Johnson, whose body was found in the Hudson River in 1992. Though it was ruled a suicide at the time, many came to believe she was murdered; this doc seeks out the truth while reexamining Johnson's life.

If you were a teenager in 2001, you probably thought Donnie Darko was the deepest movie you'd ever seen. Starting on Oct. 11, you can see if it still holds up 16 years later.

Starring Jonathan Groff and Holt McCallany, Mindhunter follows two FBI agents in 1979 as they interview serial killers so they can use what they learn to solve current cases. True crime buffs and King George fans, this one's for you.

Patton Oswalt's new hour-long comedy special will deal with the incredibly tough time he went through in his personal life following the sudden death of his wife Michelle McNamara, and how humor helped him cope.

The meeting between Mexican television star Kate del Castillo, El Chapo, and Sean Penn was an unusual news story in a year jam-packed with unusual news stories. This three-part series explores del Castillo's point of view on the events and promises a fresh perspective.

If you missed Quentin Tarantino's 2016 Western mystery when it was released in theaters, here's your chance to watch it from the comfort of home.

Stranger Things was a massive hit for Netflix that won itself countless fans who will finally get to catch up with all their favorite characters when Season 2 debuts in late October.

Joan Didion: The Center Will Not Hold (Oct. 27)

This documentary about writer Joan Didion was made by her nephew Griffin Dunne, and uses Didion's own words to explore her compelling life and all its adventures.

A Cinderella Story: Once Upon a Song

Charlie and the Chocolate Factory

I Love You, Man

Sleeping with Other People

The Death and Life of Marsha P. Johnson

Chris Brown: Welcome To My Life

The Meyerowitz Stories (New and Selected)

Belief: The Possession of Janet Moses

Haters Back Off: Season 2

Joan Didion: The Center Will Not Hold

Judah Friedlander: America Is The Greatest Country In The United States

With so many new things coming to Netflix in October, you're going to be spoiled for choice.