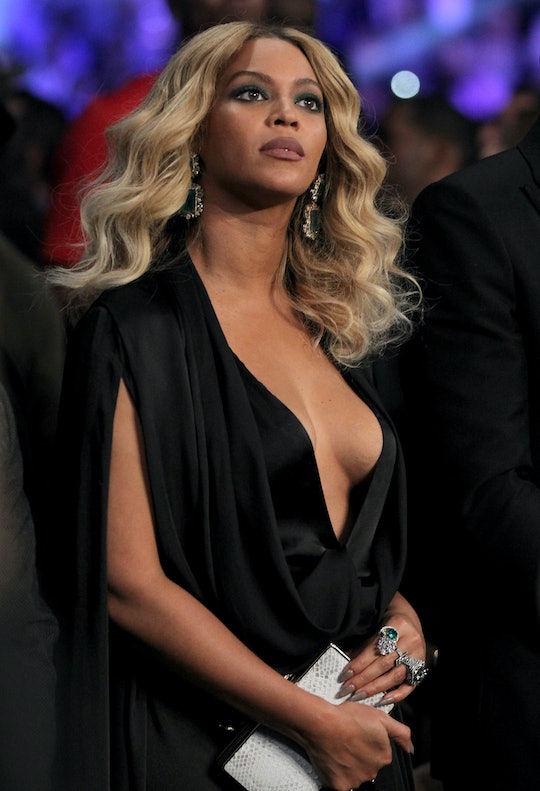 Everything We Know About Beyonce's Formation World Tour So Far

You don't have to be a member of the Beyhive to have gotten all excited about Beyoncé's surprise announcement following her epic Super Bowl Halftime Show — and unexpected release of "Formation" — that she's hitting the road and likely coming to a city near you. But where, how and... how much? All good questions. Here's everything we know about Beyoncé's Formation world tour so far, and maybe a few educated guesses, because I am an actual member of the Beyhive, not that I'm bragging or anything.

It goes without saying that Queen B is planning to put on a pretty fantastic show. We know Beyoncé's got enough hits in her arsenal to give audiences an all-killer-no-filler affair for days complete with a wind machine, her signature girl-power posse, and a rotating wardrobe of bodacious bodysuits. But, in pure Beyoncé fashion, you can bet she'll treat fans to a few delicious surprises, too. Like is there any chance we'll get another Destiny's Child reunion? So, before you go flailing your left hand all the way to Ticketmaster, here's what you need to know. Also, let's all meet up at Red Lobster after, OK?

The Formation World Tour kicks off in Miami, Florida, on April 27 at Marlins Park and will strut across the U.S., then head to Europe in the summer, and wrap in Brussels, Belgium, on July 31.

Beyoncé will be filling the biggest stadiums in the world during the Formation World Tour from Chicago's Soldier Field to London's Wembley Stadium. She'll even be returning to Levis Stadium on May 16, the site of her Super Bowl 50 triumph everyone's still talking — and arguing — about. You know you're the bad b*tch when you cause all this conversation, Bey. Consider the Super Bowl halftime show just a little tease of the amazingness to come on the Formation tour.

If you're a member of the Beyhive or an American Express card holder you can buy pre-sale tickets. Starting on Friday, if you've got the Live Nation Mobile App, you can score early tickets too.

Otherwise you have to wait until Formation World Tour tickets go on sale for the rest of the world on Ticketmaster Tuesday, Feb. 16, at 10:00 a.m.

You don't have to be a billion-dollar music mogul to check out the Formation tour. Ticket prices range from $40 to $350, not counting added fees.

The Formation World Tour will support United Way and the Community Foundation of Greater Flint to help kids in Flint, Michigan, who have been exposed to toxic amounts of lead in the drinking water through Beyoncé's charity, BeyGOOD.

Yes, she is total perfection.

You can be sure Blue Ivy will be touring the world with her mama. Maybe since she's a star of the "Formation" video, audiences might catch of glimpse of Baby B?

Of course Beyoncé's hair will be the real star of the show.

Beyoncé is friends with everyone who's anyone, so we can hold out hope for guest appearances. Nicki Minaj, maybe?

I don't know about you, but if there's one tour stop I'd love to see, it's the July 21 show in Paris as the Stade de France. Hot sauce in your bag is not optional.