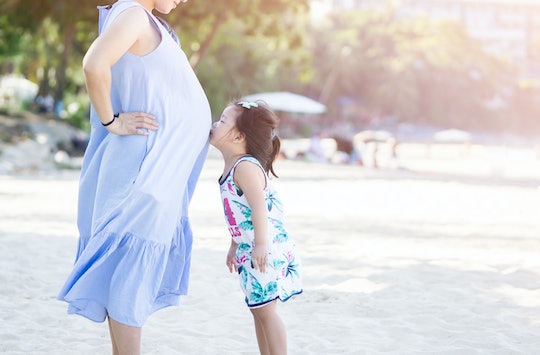 11 Reasons To Be Pumped About Your Second Pregnancy

I didn't expect to get pregnant again as quickly as I did. I'm not complaining — there's a lot of stress and tears I didn't have to deal with as a result of this outcome. But the truth is it didn't give me a whole lot of time to process the idea that, once again, I was sharing my body for about 40 weeks and, once again, I'd be delivering a baby human and, once again I'd be run through the infant stage. It's a lot to think about! But there are so many reasons to be excited for a second pregnancy that kept me going, and even more I can recognize in retrospect.

I became pregnant again right around my first child's second birthday. So even though it hadn't been a particularly long time since the last time, in many ways my first pregnancy felt like a lifetime ago. So much had happened between my first pregnancy and my second, because babies are doing new things every single day. So it was daunting to know I was about to do it all over again, only this time with an extremely vocal, extremely needy soon-to-be older sibling in tow. How? How? I barely got through the rigors of pregnancy the first time.