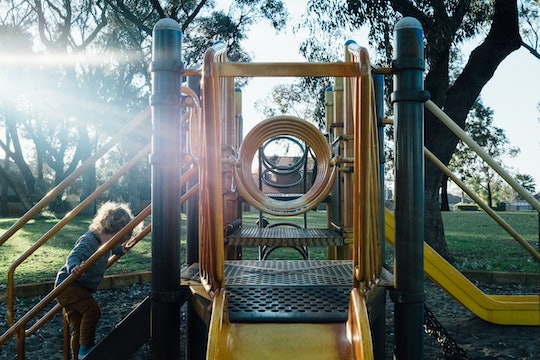 Regular exercise has long been considered essential for boosting kids’ physical health and academic success. Multiple studies have touted the benefits of sports and other physical activity for children’s health; it builds muscle, wards off obesity, teaches teamwork, and helps kids learn to problem-solve in real time. But according to a new study, the benefits of exercise for certain students may go even beyond those essentials. Exercise might be crucial to kids with learning disabilities, even in small amounts, according to new findings. Ideally, that would be great news for schools looking for simple ways to help children with learning disabilities meet their education goals. But even simple improvements for special education programming could be out of reach for many public schools if changes proposed by the Department of Education become reality.

Published in the online research database eLife, the latest study involved 305 children age 7 to 13. The children were initially tested on six tasks involving memory, behavior, and information processing. The children were then randomly assigned into two groups: one performed short periods of low-intensity activities (like quizzes and computer games) every day for six weeks, while the other group completed brief high-intensity aerobic workouts daily for the same period.

Not only was exercise found to be more effective than sedentary activity at improving students’ cognitive abilities, the improvements seemed to have the most benefit for the kids with learning difficulties, including kids on the autism spectrum. New Zealand researcher and study lead David Moreau explained the findings in a statement to Medical XPress.com:

The significance of the study is that it shows exercise does not have to be time-consuming and that a range of children, some with learning difficulties, get real benefits from short periods of fairly intensive physical activity.

Researchers found that students with learning disabilities or challenges improved their performance with as little as 10 minutes of exercise a day.

What could those findings mean for the 6.4 million U.S. students with learning disabilities or in needs of different learning accommodations? For starters, it could mean that they would be entitled to include physical activity and sports as part of an individual education plan (IEP) created to support academic performance. Those plans, or IEPs, are tailor-made tools negotiated between parents, school administrators, and even the students themselves. And federal law says that schools must follow those plans in order to ensure that students with different needs or disabilities are given an equal level of education as all other students.

But whether students with disabilities will keep those protections under the new education secretary is an open question. Under the guise of expanding parental choice, Education Secretary Betsy DeVos has championed reallocating funds for public education into private and charter institutions. And according to a report by policy institute Center for American Progress, even when private schools accept public education funding, they can force parents to sign away the federal protections intended to accompany those funds. In addition, in many states, schools can legally turn away students whose education needs are deemed too severe or costly for the institution to manage, according to that report.

These latest findings could be good news for parents and educators looking for easy, effective ways to boost learning potential. And the recommendations could hold enormous potential for helping students with different learning needs. But at a time when even the most basic accommodations for kids with disabilities are being jeopardized, it’s unclear that schools will be making more time for exercise in the near future.