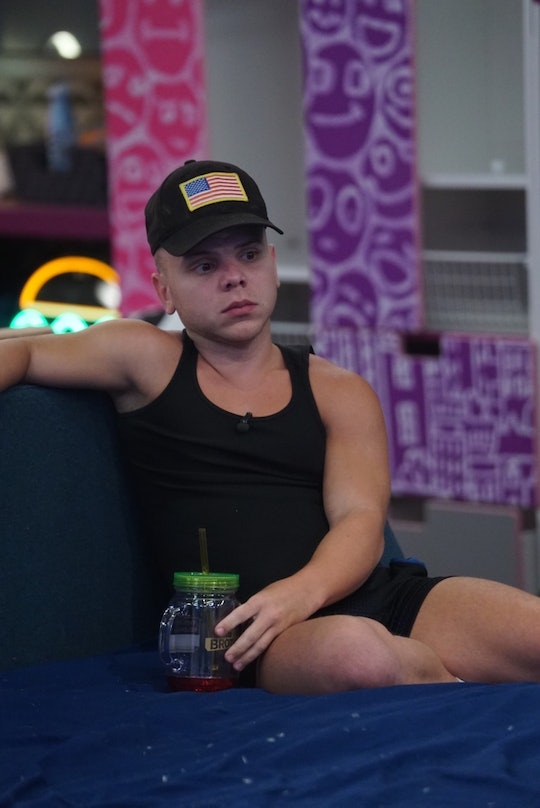 Most dedicated fans know that on the Big Brother live feeds, anything can happen. And after seeing Season 20 contestant JC Mounduix cuddle and kiss fellow houseguest Tyler Crispen while he slept on the late night feeds, fans are concerned. And some fans are accusing JC Mounduix of sexual harassment after the Big Brother live feed video went viral.

CBS in a statement said:

The expression of viewer concerns regarding JC Mounduix’s behavior was reviewed immediately. All video was examined in its entirety. We spoke with all three of the houseguests separately in detail about the incidents. Tyler and Haleigh explained to producers that they in no way felt threatened, unsafe or sexually harassed. If there was any indication from our Houseguests of sexual misconduct, we and CBS would have taken immediate action. The safety and security of our houseguests is and will continue to be our top priority.

The incident occurred on the live feeds on August 28, but this isn't the first time JC has come under fire for inappropriate behavior in the Big Brother house. On July 2, JC was shown on the live feeds taking an ice cream scooper to some of the other houseguests' genitals, including those of Tyler, Kaycee Clark, and Kaitlyn Herman.

After the repeated incident was shown on the live feeds, JC told the other houseguests that executive producer Allison Grodner spoke to him in private about his actions. After that, the behavior stopped, but now JC has gotten negative fan reactions after the other live feed behavior. In the clip from the live feeds on August 28, Tyler and JC are in bed together, with Tyler presumably asleep. JC reaches out to caress his arm, chest, and face before kissing Tyler’s armpit. I think Tyler may have been awake for part of the incident as the two houseguests shared the same bed, but I also think it was inappropriate nonetheless.

Big Brother is a reality show about watching a group of people who have no privacy 24/7 — and capturing every unfiltered moment and conversation in their lives. At times, the houseguests reveal prejudices and exhibit behavior that we do not condone. The producers have addressed two such incidents that were seen recently on the 24/7 online feed. In both cases, those involved have been warned about their inappropriate behavior and offensive comments, as well as future consequences. These events will not be part of any future Big Brother broadcast on CBS.

But even before the latest sexual harassment allegations on JC, he continued to act inappropriately toward his fellow Big Brother castmates. On July 30, JC asked former houseguest Rachel Swindler if she was a "real girl" and proceeded to claim that she had a large Adam's apple. After JC's latest allegations of sexual misconduct on Big Brother, fans are calling for his expulsion from the show ahead of any eviction ceremonies.

Past seasons of the U.S. version of Big Brother have seen controversy in the form of arguments, physical fights, and even racial slurs. But JC's actions during Season 20 have been more questionable in terms of sexual harassment than any other season as of late. There have, however, been two cases of sexual misconduct in some of the international versions of the reality show.

JC has yet to see any major repercussions for his continued actions in the Big Brother 20 house, but fans are calling for some kind of action from production.

JC hasn't yet been reprimanded for his latest actions in the Big Brother house and it's hard to say how serious the consequences will be. But just like the other controversies that JC has found himself at the center of, I doubt this particular one will make it to the air.