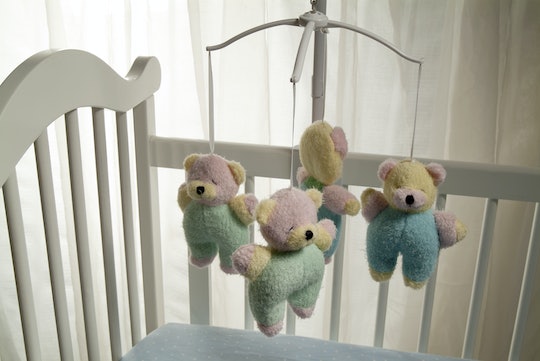 Most economists consider a baby boom to be a healthy boost for the nation's economy. A surge in new humans can bring a variety of positive influences to the country, from innovation in business, a strong, tax-paying job force to help offset the cost of an aging population, plus (let's get real here) babies are crazy adorable and make most people happy with their scent. So what happens when it seems as though we are heading for a baby drought? According to a recent study, fertility rates in the United States have hit the lowest numbers in a century. And this could spell potential trouble.

The National Center for Health Statistic released its fertility findings for the first quarter for 2017, and the results were alarming. There were only 61.5 birth per every 1,000 women between the ages of 15-44. The Centers for Disease Control and Prevention reported 62.5 births for every 1,000 women at the same time in 2016. This drop is considered significant, according to CDC statistician-demographer Brady Hamilton. He explained to CNN:

When it comes to births, it tells us about future members of society that will go on to replace the current work force and will be generating revenues and so on. So this information allows you to see how the United States has changed demographically. It allows you to see where you currently stand.

While the report noted that the number of women in their 30s and 40s giving birth actually increased, it was not enough to offset the one percent decline. To keep a country's birthrate at a level which would be conducive to demographic prosperity, each woman would ideally give birth to 1.5 children within their life span. If the fertility rates continue to drop as they have been over the last century, there could be several serious ramifications for the American economy.

An aging workforce could put a strain on the economy, particularly if there was not a younger workforce on its way up to replace it. Not to mention the potential supply/demand problem. As economist Donald Boudreaux of George Mason University pointed out in U.S. News & World Report in 2012:

Everybody comes into world with one mouth and two hands. It's generally true that most people produce more than they consume.

Still, this recent dip in fertility rates in the United States could be a small blip. Some experts point to the possibility that millennials are waiting longer to have children, which shouldn't necessarily be seen as a negative thing. Considering women between the ages of 25-34 saw the highest birth rates, according to The Washington Post, it could be a case of women simply waiting until they're prepared to have children. As professor of population studies Donna Strobino of Johns Hopkins University told The Post:

What this is is a trend of women becoming more educated and more mature. I’m not sure that’s bad.