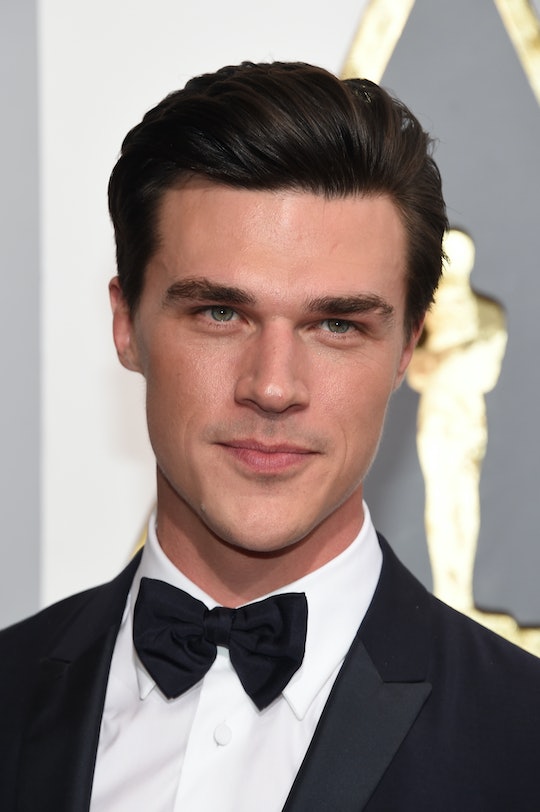 Finn Wittrock's Death On 'AHS: Roanoke' Was Probably The Most Disturbing One Yet

American Horror Story always does a great job at topping itself season after season, and this season is no different. There have been some disturbing deaths over the years, but I think that Finn Wittrock's death on AHS: Roanoke probably takes the cake as one of the most disturbing ones yet. So, kudos to you, Ryan Murphy, you got us. You made me internally battle with looking away and also not being able to look away when Jether Polk died on AHS.

During the episode, Lee found herself getting some one-on-one time with none other than Jether Polk, played by Finn Wittrock. I'd like to spend this time by just saying that most people probably didn't even know that it was Wittrock as one of the Polks. That make-up department is working overtime this year on the show. Seriously — how were we supposed to recognize him? Either way, he lived for a little bit on the show, and then... he died. And now, we can mourn, or maybe not mourn, one of the most messed up deaths I've ever seen on TV.

Lee, who was being held captive by Jether Polk (Wittrock) seemed like she had something up her sleeve. While she was being tortured, you couldn't help but think this woman has something planned, and planned she did. While there was a moment that it seemed like a potential sex scene between Lee and Jether was going to happen, she ultimately ended up killing the Polk, and it was weirdly satisfying but also upsetting because two words: Finn Wittrock.

While hovering over Lee in a sexual advance that left me screaming at my TV, Lee seemed to stab (or somehow inflict major harm) on Jether. Enough to weaken him so she could strangle him. Then, he fell to the ground. But that wasn't all. That's when she took one more knife and stabbed him. For good measure. And that seemed to be the final nail in the coffin for ole Jether Polk.

While that seems to be it for Jether, we've gotta take what we can get with this season. As the episode goes, a lot of people died on Wednesday night. Like, basically all of the characters died. But, "Dylan" (a.k.a., Ambrose White, a.k.a., Wes Bentley) did return to the house. Although it was probably best for him to stay away. Just a tip, watch Return to Roanoke: Three Days in Hell on TV.