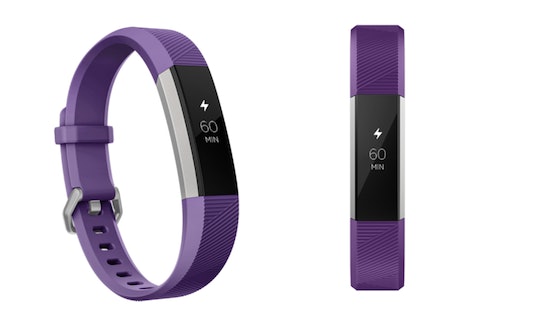 Have you ever wondered whether or not your kids are getting enough exercise? I mean, it probably seems like they never stop moving, right? Like little tornadoes in a constant state of flux. But when you consider all of the dire warnings parents tend to get about the declining health of kids, distressing statistics about obesity and inactivity, it does sort of make you wonder if your kids are getting out enough. Fortunately, Fitbit is launching a fitness tracker for kids which will absolutely make it easier to monitor your kids' activity level.

The World Health Organization recommends that children between the ages of 5 and 17 should get at least 60 minutes of moderate to rigorous aerobic activity every day, and ideally three days of "vigorous-intensity" activity to strengthen muscles and bones should be incorporated as well. And yet, the Centers for Disease Control and Prevention found that one out of every six children living in the United States is obese. While genetics certainly plays a part in childhood obesity, other factors like not getting enough physical activity and eating foods that lack nutritional value, as well as focusing on sedentary pursuits like playing video games and watching television don't help.

Which is where the new Fitbit fitness tracker for kids comes in.

The Fitbit Ace is a new waterproof smartwatch made for kids between the ages of 8 to 13. The wearable technology tracks and rewards the amount of steps the child takes in a day, accumulates their active minutes, and records their sleep trends. Much like the adult version of the Fitbit, the new Fitbit Ace allows children (and their parents) to set activity challenges and goals, and sets reminders to keep on moving with "friendly on-screen, child friendly notifications" throughout the day, according to a press release by Fitbit.

The CEO and co-founder of Fitbit James Park noted in a press release, according to Parents:

As childhood obesity rates continue to rise, it’s more important than ever to empower the entire family to embrace a healthy and more active lifestyle.

While encouraging kids to be more active seems like a step in the right direction, especially when their parents are able to keep an eye on their progress, what about their self-esteem? Could this be construed as something negative and even hurtful to kids, a sort of finger-pointing game that might make them feel as though they've done something wrong? Author Susan Albers, Psy.D who wrote Eating Mindfully For Teens told Parents:

For many kids, the notion of exercise and activity level can be ambiguous, so when they see the number of steps they’ve taken, they become more aware of their movement. What’s important to remember is that a fitness tracker should be a tool to help your child be more mindful — and not a device to add shame or guilt.

Albers went on to suggest that the entire family gets involved with fitness tracking to make it seem like a group effort. And it's important to note that the Fitbit Ace does not track calories, an element that might have encouraged an unhealthy relationship with food.

The Fitbit Ace sells for $100, and is available for pre-order on Fitbit.com. These new fitness trackers for kids will be shipped out in May, just in time for summer. Using a fitness tracker in tandem with encouraging other healthy elements in your family's life, like playing sports and swimming and eating well-balanced meals, seems like a fun way to stay in shape together. Because let's face it: nobody wants to feel as though they're being bullied into exercise. It shouldn't feel like a punishment, I don't think. Especially for a kid.