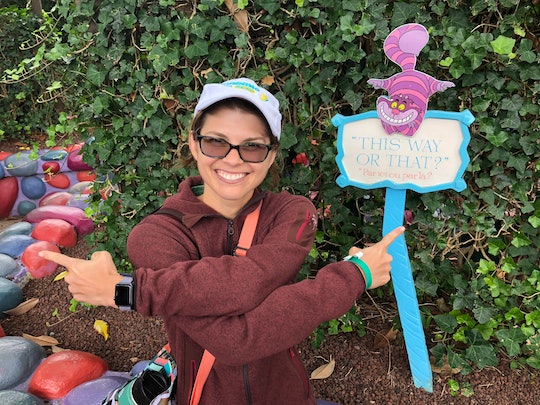 For Injectables, The Waiting Is The Hardest Part

Jackie and her husband have been trying since late 2016. She suffers from hypothalamic amenorrhea, and this is the seventh installment of her Trying diary. You can read the previous entry here.

You can have the soundest plan in the world, but it all comes down to execution. And right now we are having some serious implementation problems with starting fertility treatments.

Fixing my German Measles situation was a 28-day process, and in my mind, a wasted month that we could be trying an interuterine insemination (IUI)/injectables round. I tried to not let it bother me too much when we left for a week in the city of romance, Paris, and Belgium. Drowning your fertility sorrows in wine, beer, bread, cheese and chocolate isn’t the worst thing in the world, especially when you are trying to be in calorie surplus.

We had a great time just being a couple, tending to each other’s fatigue and muscle soreness (there may have been 36 kilometers of running on this trip) and acting like a couple of kids in Disneyland Paris. And, of course, thinking about how we will ultimately tackle the Disney situation when we have our own kids in tow. Generally, we were trying to do the mind-game of looking at it as one of the last big trips in the DINK (dual income, no kids) phase of our relationship.

The reproductive endocrinologist explained to me that it’s really a two-person job.

I got my last immunization the day after returning stateside, and one would think we would be ready to go to start. The nice thing about not having a period is not having to wait for a period to start the supraovulation process.

But alas, Uncle Sam has decided to run interference on our plans. JP is headed to the U.S.-Mexico border in two weeks for his obligatory tour of duty — thankfully not over our birthday and anniversary week — but that doesn’t leave us enough time to go through a cycle. From my understanding, the amount of days you have to take the injectable hormones can range from 7 to 10 days or longer depending on how your body responds and then you need another 24-48 hours to “do the deed” after triggering ovulation.

So this means another month wasted.

JP is the one person that makes me feel better when I am at my lowest. I think I would be miserable to start without him here.

The planner/schemer in me was trying to think ahead and see if I could start the injections a few days before JP came back, speeding up the process a little bit and being ready to go when he returned. But the reproductive endocrinologist explained to me that I needed to bring someone with me to the first appointment who will be responsible for stabbing me in the stomach every night — it’s really a two-person job, in his opinion.

Just the thought of putting a needle in my stomach makes me queasy. (Yes, I know this is how you do amnio tests; we’ll cross that bridge when we get there.) So it’s probably a good idea to have some emotional support around, and I don’t really have close friends here I can ask to play nurse.

Plus, from all I have read about this process is that it can be as much of a mental and emotional ordeal as a physical one. Ultimately, JP is the one person that makes me feel better when I am at my lowest. I think I would be miserable to start without him here.

But if that wasn’t enough, word came back that he may not be gone for two to three weeks, but three to four. Uncle Sam has decided they want more time from our law enforcement officers. So now we are bumping up against Thanksgiving, and I am not looking forward to traveling on a plane with sharps or having to make arrangements for bloodwork or ultrasounds or other fertility activities, if you know what I am getting at.

I knew this was going to be a process, but man, it is turning out to be more of a bitch to coordinate than my wedding. And if round one is not successful, round two is going to be even harder to coordinate with required travel to New York for end-of-year work reviews. John might be taking a spur of the moment flight up north to his favorite city.

I keep telling myself it will all be worth it: the hassle, the pain, the emotions, the fatigue, the weight gain. But the more external forces delay the inevitable, the more performance anxiety and dread starts to creep in. I’m trying to think of it like a particularly difficult workout on the training calendar: you hate doing it but once you get going, you just grind through. Getting to the start line is the hardest part.

More Like This
How To Talk To Your Partner About Wanting A Baby
The Euphoric Terror Of Rollerskating Was Exactly What I Needed
I Found Gender Euphoria In My Second Pregnancy
I'll Be First In Line To Vaccinate My Kids, But I'll Never Forget That We Were Last