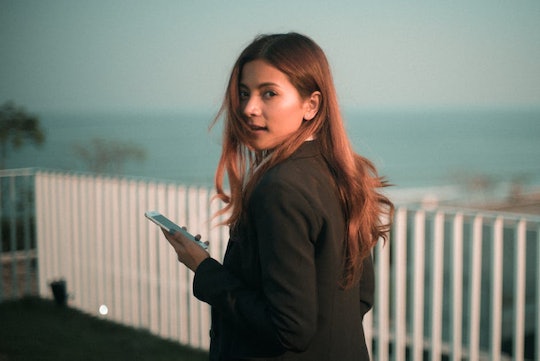 So many reality shows are focused on women drinking tequila and fighting with each other in fancy restaurants or looking for marriage alongside a dozen other women. Considering all of this, it's actually sort of refreshing to see that Fox's new reality show will follow professional women becoming moms, and the routes they choose to get there. And honestly, it's about time women in their 30s or 40s were celebrated for making the choice to have kids after starting their careers — even if it runs the risk of playing into some stereotypes.

It's too early to tell what it will be like, of course. According to People, Labor of Love will follow cast members wither looking for a partner to settle down with in the name of having a baby or pursuing single motherhood. Given the ages of the participants, it sounds like egg freezing or IVF treatments will likely be addressed.

The show comes from Howard Owens and Ben Silverman’s Propagate Content, along with Project Runway’s Desiree Gruber. If it gets picked up as a full series, Jerseylicious creator Alex Duda will serve as the showrunner.

Gruber told Deadline, "It’s a show about empowering a woman who can pursue a decision to have a child to help complete a lifelong dream."

It seems like one core group of older women who don't have children, those who choose not to have them, won't be included in this mix. But maybe that's a whole other show.

It is sort of an interesting move from the network whose main reality shows are based on cooking and singing, but since the end of American Idol, it's been looking for a new hit. Choosing to highlight professional women is a pretty good sign for primetime. It means that the network realizes not just the importance of telling these women's stories but that women will tune in to watch them.

Acknowledging the power of a female audience to advertisers and catering to its wants is a pretty big move. Gruber seems excited to present a more realistic version of contemporary women's lives. She told Deadline:

This show will focus on those who are coming to realize that it's "now or never" to figure out how, if ever, they're going to be mothers. Although the notion of "having it all" is a complicated one, Gruber hopes that this show will at least "explored deeper" than other TV shows, as she told Deadline.

Already, it sounds like something to look forward to.