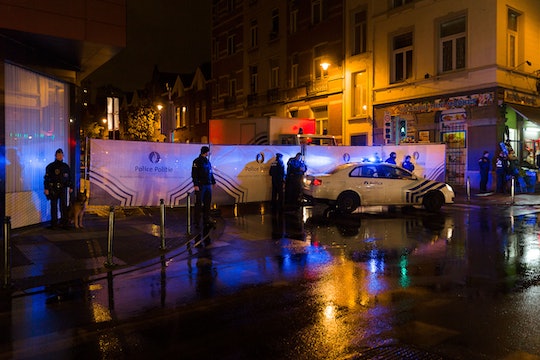 Police have carried out 168 raids in France over the last 48 hours, resulting in 23 arrests and 104 people placed under house arrest, according to The New York Times. The raids come as part of the response to a series of coordinated terrorist attacks that occurred in Paris on Friday. On Sunday, the French military also launched two successful airstrikes in Syria against ISIS, who has claimed responsibility for the attacks that left over 130 people dead.

According to a NYT report, Sunday’s raids and airstrikes are just the beginning of the country’s anti-terror response. French interior minister Bernard Cazeneuve spoke about the raids Monday, saying ‘‘It’s just a start, these operations are going to continue, the response of the Republic will be huge, will be total. The one who targets the Republic, the Republic will catch him.”

French Prime Minister Manuel Valls has said that the Paris terror attacks were planned in Syria, and that further European attacks by ISIS could be expected in the coming weeks. He also spoke about what he believed were the motives behind the attack on France, telling French radio station RTL, "France was not only attacked because we hit Daesh (ISIS), but because we are France. We defend secularism, and we have conceptions of equality between men and women."

A reported 20 bombs were dropped by French military in Raqqa, an ISIS stronghold in Syria, making it the biggest French airstrike against Syria since September. A jihadi training camp a munitions drop were thought to be destroyed. When asked at the G20 summit about the increased action in Syria, French foreign minister Laurent Fabius said that France should be “present and active” following the Paris attacks.