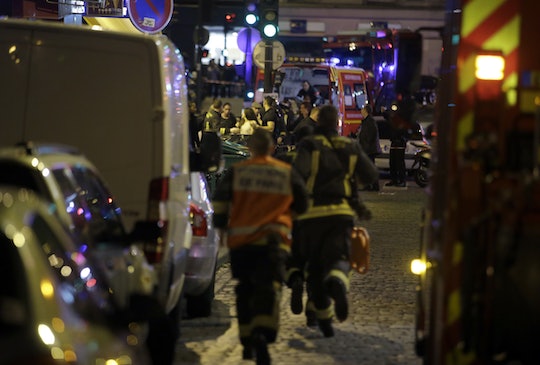 EARLIER: On Friday, dozens were killed after shots were fired in Paris at locations across the city. Reports indicate there have been at least six shootings and three explosions in what looks like a coordinated attack. BBC reports "at least one man" using an automatic weapon fired into La Petit Cambodge, while a bar, Le Carillon, was also targeted by shooters. There was also a hostage situation at the Bataclan arts center that led to over 80 deaths in the theater. The total death toll sits at over 120. Two assailants inside the theater were killed with eight terrorists total dead, while French police say they believe that all the attackers are dead. Barack Obama, talking to reporters, labeled the incidents terrorist attacks.

In addition to the shootings and explosions (two of which were suicide bombings, according to police), a hostage situation took place at the Bataclan as well. There are reports that five explosions were heard by the concert hall shortly before a police assault ended the situation and led to the deaths of two hostage-takers. Julien Pearce, a radio reporter who escaped the Bataclan, said two men (who were not wearing masks) shot into the crowd with AK-47s, and began killing wounded victims execution-style.

Below, a map indicating the locations of the attacks:

It is unclear who is responsible for the attacks at this time, though French President François Hollande, who declared a state of emergency, told reporters that officials know who is behind the attacks. France has closed its borders in response.

The explosions were heard outside the Stade de France, where France and Germany are engaged in a match. Hollande was reportedly evacuated from the stadium following the explosions. The Telegraph reports the German team was evacuated from its hotel following a bomb threat earlier on Friday.

One eyewitness near the restaurant reported that the sound of gunshots "sounded like fireworks." The Paris Metro has been closed, according to reports.

U.S. officials confirmed there are no known threats against the U.S. at this time.