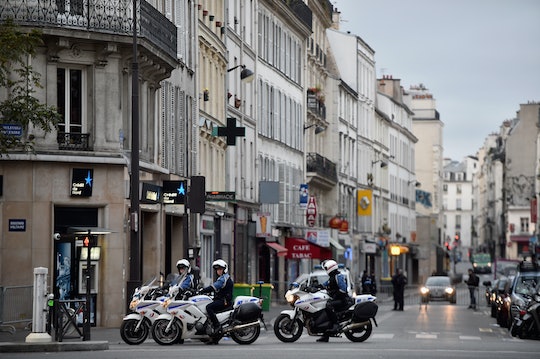 Paris Police Searching For Eighth Attacker Who May Be At Large

Paris police are currently hunting for an eighth attacker who may still be at large, who has been identified as 26-year-old Abdeslam Salah.

EARLIER: Though initial reports indicated that all the assailants in the Paris terror attack had died, authorities are now changing their tune. The New York Times reports that a manhunt for an eighth Paris terror suspect is currently underway. The suspect's photo, along with his name, has also been released, identifying him as 26-year-old Salah Abdeslam. Police previously confirmed that seven attackers were dead, but reports that there might have been an eighth are leading authorities on a chase. ISIS has claimed responsibility for the attacks, which took place in six different locations.

According to the Times, the investigation is ongoing. But authorities are closer to getting answers. Not only did Belgium officials confirm that they took seven individuals connected to the Paris attacks into custody following a raid Saturday, but France released the name of one of the attackers yesterday: 29-year-old Ismael Omar Mostefai from Chartres. Also, there are reports that a Syrian refugee passport was found near one of the suicide bombers.

Still, there are more answers that need uncovering relating to the attacks, which killed 129 people and wounded over 350 more. (Of those 350, reports indicate that nearly 100 are critically injured.) French President François Hollande has called the attacks an "act of war," while President Barack Obama mimicked his tune on Sunday morning, calling them "an attack on the civilized world." Said Obama:

We stand in solidarity with them in hunting down the perpetrators of this crime and bringing them to justice.

More Like This
Nebraska Authorities Used Teen’s Facebook DMs To Charge Her & Her Mom In An Abortion Case
The Worst Fake Babies In The History Of Movies & TV That Will Always Be Unsettling
What Parents Need To Know About Hulu's Predator Prequel Prey
10 Cozy, Romantic, & Drama-Filled Shows To Watch If You Love 'Virgin River'