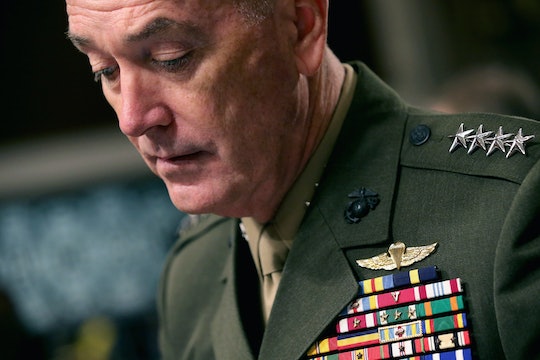 On Tuesday, Jan. 11, President Obama delivered his final State of the Union address. As he took the podium and addressed the Speaker, the Vice President, members of Congress and the American people, the president promised to keep his final State of the Union short and sweet. But despite the otherwise buoyant atmosphere, it seemed that, by their reactions, the Joint Chiefs of Staff were 100 percent not impressed.

Multiple times throughout the president's speech, the camera panned to the group of high-ranking military men, all sitting together. All — and I mean all — appeared solemn, stern, serious and ... well, like they were very upset that they were missing another episode of American Idol.

It is impossible to know what any of these highly decorated military members were thinking as the president spoke of the future, evoked the memory of important and historical figures, and touched on the highlights of his presidency. Perhaps they, like Speaker of the House Paul Ryan, were practicing their "poker face" before the evening began. Maybe they just had a lot on their mind because, well, they have a pretty important job.

Either way, the solemn state of the Joint Chiefs provided the internet with an incredible talking point and, as always, the internet delivered. Here are a few of the best reactions that twitter had to the utter seriousness of the Join Chiefs: