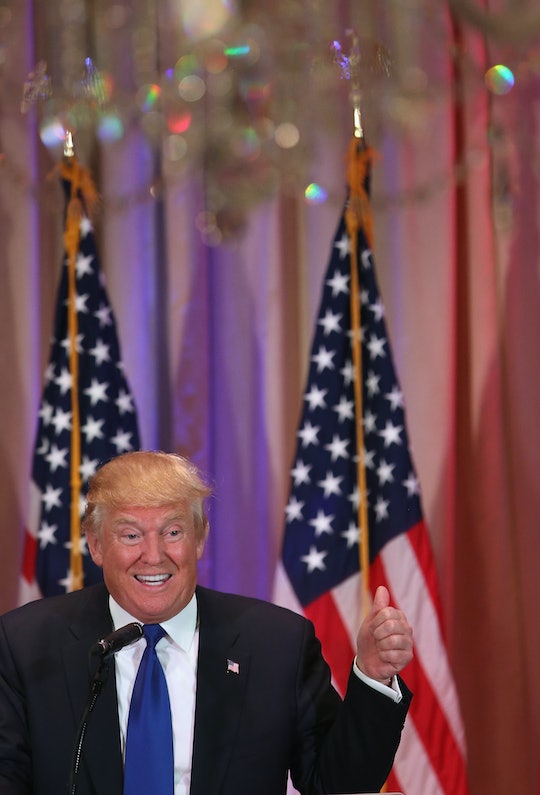 As the Super Tuesday results roll in, those hoping that this whole Donald Trump thing was a fever dream are starting to realize that, no matter how hard they may pinch, they're not waking up. The former reality TV star and steak connoisseur is racking up states like they're hotels with his name on them. Some Trump-haters may have spent Tuesday night bashing their heads against the walls. But others chose to spend it gifting the Twitterverse with hilarious Super Tuesday tweets about Donald Trump, and for that, we can be grateful.

Despite recent setbacks like his initial failure to condemn KKK leader David Duke, Donald Drumpf — excuse me, Donald Trump — came into Super Tuesday already leading the pack of Republican nominees in delegates and buzz. He only continued to solidify his lead throughout the night, picking up states like Alabama and Virginia. All in all, the Super Tuesday results are setting him on course to grab the Republican nomination before the convention, although Marco Rubio and Ted Cruz continue to snap at his heels. (And John Kasich and Ben Carson... are still in the race?)

Trump's own Twitter account provided some comedic gems throughout the day. But for more laughs, read on!

Whatever you think about Donald Trump and the fact that he'll likely be the GOP's eventual nominee, you can't deny that he provides plenty of comedic fodder.