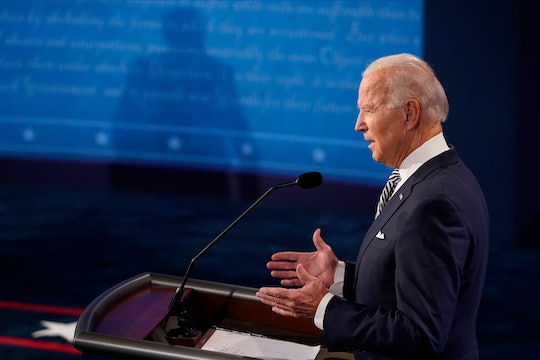 In the first of three presidential debates between Donald Trump and Joe Biden, Biden warned that, with the Affordable Care Act (ACA) hanging in the balance in the Supreme Court, 100 million people could be denied health care due to pre-existing conditions. While Trump balked at the number, Biden reminded us that this is an issue that disproportionately affects women, since pregnancy was considered a pre-existing condition before the ACA.

Before the passage of the ACA in 2010, it was legal for insurance companies to deny coverage based on pre-existing conditions, such as cancer diagnosis, asthma, diabetes, and even a history of pregnancy. Previous C-sections, for example, could lead to higher premiums or even a denial of coverage in most states.

Moreover, the implementation of the ACA mandated that maternity care was one of 10 essential health benefits required of all individual and small group health plans. While it had previously been covered via most group plans through employers due to previous legislation, the ACA expanded access to more pregnant people.

And it's not simply a matter of access to insurance, but the cost that makes pregnancy as a pre-existing condition so pernicious. According to the National Women's Law Center, before the ACA, 92% of insurance companies engaged in a practice known as "gender rating," which routinely charged women more for their insurance than men. This is no longer permitted under the law.

The Supreme Court is expected to hear oral arguments about the Constitutionality of the ACA after the election — a court that could, feasibly, include Trump's nominee, Judge Amy Coney Barrett, who has in the past been sympathetic to anti-ACA arguments. With 8.5 million people who have signed up for insurance under the ACA just last year, it's worth considering just how many Americans — and American mothers — would once again could lack access to vital health care.