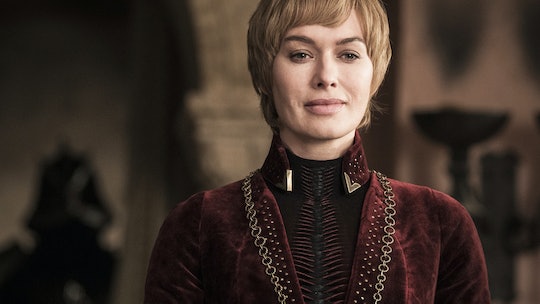 Disappointed With 'Game Of Thrones' Season 8? Fan Art Can Cure That

This is it. After a long and harrowing journey, Game of Thrones has finally come to an end. Well, the HBO television series has, at least. While fans are still "patiently" waiting for George R. R. Martin to write the final two books in the Song of Ice and Fire series, others are reliving the show's final moments by whatever means they can — from Game of Thrones fan art embraced on Instagram to hilarious memes splashed throughout Twitter.

That being said, many found the eighth and final season of the HBO hit to be disappointing. And as a fan who has stuck by the show since it premiered in 2011, I don't blame them. Whether it was Daenerys' crowning moment as the Queen of Ashes or Jaime's redemption arc — or lack thereof — there were plenty of moments that could have played out differently. Luckily, there are fans out there talented enough to create masterpieces that are not only beautiful, but give new life to the series. And TBH, I wish they were canon.

On Reddit, hundreds of fan creations have been piling up to express discontent with Season 8 of Game of Thrones. One fan posted an end battle viewers deserved, featuring Viserion and Drogon facing off in the Battle of Winterfell. Another fan found an image that went deeper to justify the final ending — with the Children of the Forest, who got their revenge in the end by ruling Westeros for eternity through Bran, the Three Eyed Raven. One even baked a cookie, decorated it with flowers, and wrote, "I am not satisfied with the final season of Game of Thrones" in cursive. Ouch.

Prior to the final season finale, more than one million people signed the "Remake Game of Thrones Season 8 with competent writers" petition on Change.org. Seriously? Nonetheless, while most fans wouldn't realistically go as far as this, many others have created fun pieces of fan art that re-imagine the final season. On Instagram, an illustrator named Benjamin Dewey created a comic titled "The Scenes I Wish We'd Got," where he made alternative scenes inspired by the eighth season. And yes, it will put a smile on your face.

"As my favorite fantasy series wraps up, I offer this little tribute (originally posted on my patreon: meowskertown)," Dewey captioned. "And invite you to venture your own wishlist. Thanks to all the cast, crew and writers who gave us all such a compelling cultural touch-point."

In an interview with Bored Panda, Dewey shared that he felt the final season fell short but, "it's just what happens sometimes." Regardless, the illustrator explained that while he is torn as a fan, he understands the pressure placed upon the writers and didn't have any ill-intentions when it came to creating the comic. Dewey said:

Most people don’t have creative jobs so they don’t understand the pressures and vulnerability involved in creating art for others but even though I make stories for a living, I can only imagine what it feels like to be the people working on the show. It’s a global phenomenon. Billions of people have opinions but due to lack of access to a deep knowledge of the process, most of them are uninformed and unproductive when it comes to writing, film or art. Audiences feel many things about the media they engage with and even when they love a thing, it’s not always a positive relationship. I made my comic as a cathartic exercise but also to try and put something positive and fun out there for like-minded people who might feel similarly about how the show is coming to an end.

No matter how you felt about Game of Thrones Season 8, Dewey is right. Most fans can't imagine what it's like to be the writers and their battle with constraints and stress from fans. And although fan art can be fun and expressive, there's no need to sign a petition that puts a target on creatives who have put in the work for eight years.