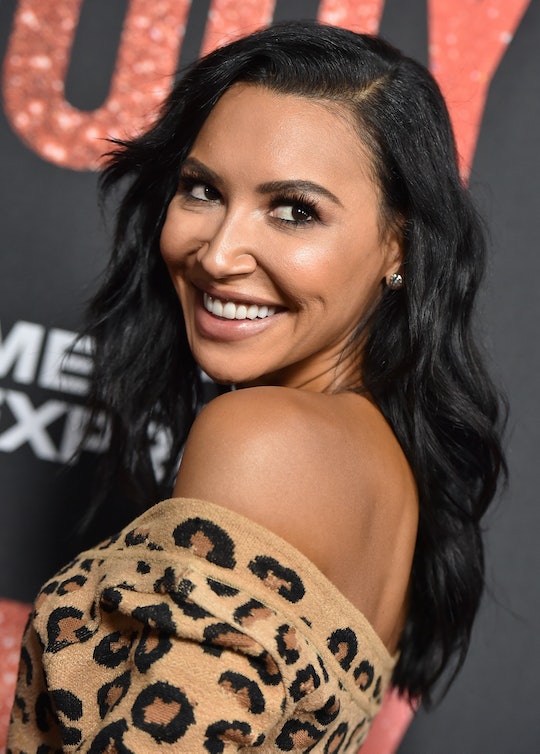 Authorities have confirmed that a body found Monday in Southern California's Lake Piru is that of actress Naya Rivera. It's believed the Glee alum drowned last week while out on the lake in a rented boat with her 4-year-old son. Rivera was first reported missing on July 8 after another boater found her son alone on a drifting pontoon boat.

Authorities later announced that they are confident the body found Monday was Rivera. "Today our search teams have recovered a body in the lake. Based on the location of where the body was found, physical characteristics of the body, clothing found on the body, and the physical condition of the body, as well as the absence of any other persons reported missing in the area, we are confident the body we found is that of Naya Rivera," Sheriff Bill Ayub said at a news conference. "Our hearts go out to Naya's many friends and fans who have been holding out hope for the last few days."

Rivera, who played Santana Lopez on Fox's hit musical comedy Glee, had been presumed dead after her son told authorities he and his mother had been swimming in the lake but that his mother did not make it back to the boat. According to authorities, Rivera rented a pontoon boat with her son sometime around 1 p.m. July 8. Video footage from the dock at Lake Piru confirmed the actress and her son were the only people to board the boat, which was spotted drifting aimlessly by another boater around 4 p.m. When that boater found Rivera's 4-year-old son Josey Hollis Dorsey sleeping alone on the boat, they notified local authorities, who immediately launched a search for Rivera.

By Thursday, however, the Ventura County Sheriff's Department had reclassified its search and rescue efforts at Lake Piru as a "recovery mission," noting Rivera was presumed dead. "We're presuming that an accident happened and we're presuming she drowned in the lake," CNN reported Deputy Chris Dyer said during a news conference. "The goal is still to bring Miss Rivera home to her family."

On Monday, Buschow told KTLA he hoped the discovery of Rivera's body was at least able to help bring closure to her family. "When you have a situation like this and it ends up being a recovery, it's hard for everybody involved," he told KTLA. "I can't even imagine what it's like for the family. Hopefully this provides some level of closure, whatever that means, for the family."

Although perhaps best known for her role as a disenchanted, sharp-tonged lesbian cheerleader on Glee, Rivera also stared in Devious Maids, The Royal Family, and At The Devil's Door, among other things. She was 33 years old.