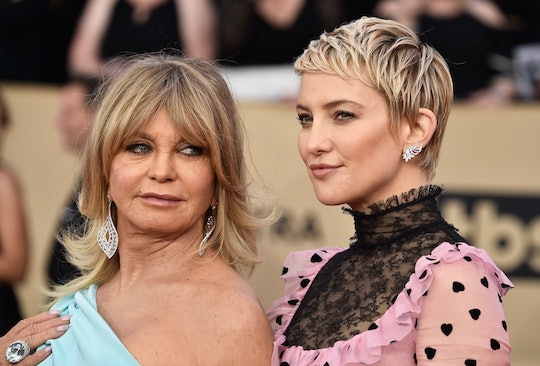 Oh, Goldie Hawn. That beautiful, sweet hippie. I've always loved her unique spirit, both as an actress and a human, and I must admit I've wondered what it would have been like growing up raised by Goldie Hawn. Of course, Kate Hudson knows a little something about this. And while I get the sense that most of the time having Goldie Hawn as a mother has been a true gift, there are some times when her spirited, curious nature might be a bit too much. Like in the delivery room. Apparently Goldie Hawn was in the delivery room with Kate Hudson and things got super real, super fast.

Hudson welcomed her third child and first daughter, Rani Fujikawa, with boyfriend Danny Fujikawa, on Oct. 2, 2018. She has two older sons, 14-year-old Ryder and 7-year-old Bingham, from previous relationships. When she was giving birth to Rani her mother was in the birthing room with her, just as she had been when Hudson gave birth to Bingham. And as Hawn told Hudson when she was being interviewed by her when the two were co-hosts on Ellen, she was trying to learn from experience and be a bit less intrusive during the process, "First of all, I had to ask your permission, because the last time it happened, I had too many Doritos in front of you, brought you a lotus, asked you to smell it—which is the worst thing you can do to a pregnant person—and then you asked me to put down my pizza." Already I'm concerned. 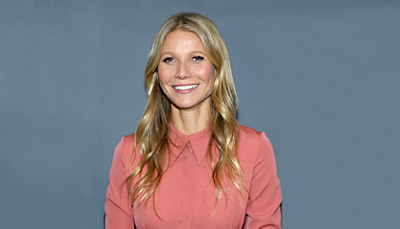 Hawn went on to remind her daughter that her patience definitely had some limits when she was in labor, and she was worried she wouldn't want her to come the third time around:

Good news for the proud grandma; she was allowed back in the room for baby Rani. It sounds like a pretty good time was had by all for the most part; Hudson said she opted for a walking epidural because she's "too social for natural childbirth," and when it came time to do the actual pushing things got going pretty quickly... with her mom right there trying to watch over the doctor's shoulder.

It seems Hawn wanted to get a real bird's-eye view of her granddaughter's birth, as she hilariously related on Ellen:

[The doctor] was sort of like this, leaning down, doing the thing…and I'm trying to get in on him to try to look over his shoulder. Now I see the head and I'm going, 'Oh! There's the head!' Then it went back, and he said, 'Goldie, if you get any closer, you're going to fall in!'

Everything turned out fine, obviously, she didn't fall in. And perhaps most importantly, she got to watch her granddaughter being born.

In the most Goldie Hawn way possible.