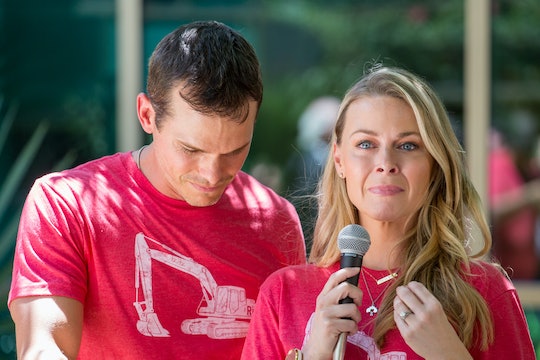 Country musician Granger Smith and his wife, Amber, lost their 3-year-old just last month in a drowning accident. And in the midst of their grief, Amber revealed Saturday that River's donated organs saved two lives, news that has brought the parents comfort during this difficult time.

Granger first opened up about River's death on June 6, writing on Instagram: “Following a tragic accident, and despite doctor’s best efforts, he was unable to be revived." The singer also revealed that he and Amber had made the decision to donate River's organs "so that other children will be given a second chance at life.”

A little over a month after Granger shared the heartbreaking news, Amber took to Instagram Saturday to reveal that River’s organs have already saved two lives. Elaborating on the organ donation process, she wrote: “I’ve always known I wanted to be a donor if anything were to ever happen to me. I just felt that if I had viable organs, why would I go into the ground with them? Never in a million years did I think I would be making that decision for my baby.”

Unfortunately, Amber was put in that exact position when "three different doctors" explained that there was a zero percent chance of brain recovery after River drowned in a tragic accident at home, according to People.

Although the decision was difficult for the couple at first, Amber ultimately realized that they couldn't let their son's organs go to waste. “His body is perfect, his organs are perfect, we had to do something,” she continued.

River’s donations, as Amber relayed, saved the life of a 49-year-old man and a 53-year-old woman. “We got the letter that our tiny, red-headed hero gave life to 2 adults,” the country singer’s wife shared.

Amber ended her post by wishing the best for the organ recipients, stating: "I’m so proud to be River’s mama and I’m so grateful to God that he gave him to us for those incredible 3 years. I pray these 2 recipients live healthy, joy filled, full throttle lives just like Riv. It was one of the hardest, yet easiest, decisions we’ve ever made."

Organ donation might not be for everyone, but it's great to see Amber drawing awareness to an important cause because as she noted, "there are over 113,000 people waiting for transplants" at this very moment.

Since the tragic incident, the two parents have revealed that they are trying their best to adjust to their new normal with two other children — 5-year-old son Lincoln and 7-year-old daughter London — still depending on them for stability. Last month, shortly after River’s untimely death, Amber wrote in an Instagram post that despite her “hurting so bad inside,” she and her husband were trying to make life “as normal as possible” for the family.

Most recently, the family enjoyed a trip to the Field Museum in Chicago, with Amber noting they stopped by to see the “biiiigggggggest T-Rex” ever found “in honor of River.”

“Open your eyes and you will see signs all around you,” she wrote on Instagram. "We think just maybe, Riv is having the best time of his life in Heaven with this.”

During this trying time, Amber and Granger have expressed gratitude for their fans’ continuing love and support, and have noted that in place of flowers or gifts, they would like donations to be sent to Texas' Dell Children’s Medical Center in River’s name.