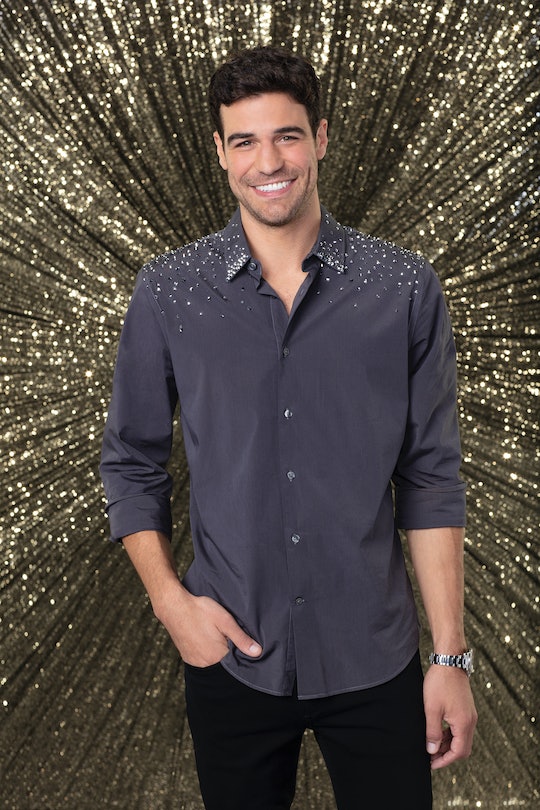 Joe Amabile endeared himself to fans during his stint on Becca Kufrin's season of The Bachelorette even though he didn't make it very far. But it was his time on Bachelor in Paradise that really won over viewers. Now Joe, who earned his nickname because he owns a grocery store, will be trying another kind of reality programming. Grocery Store Joe is going to be on Dancing with the Stars and fans can't wait to see how he does.

Joe's spot on DWTS was a direct result of his BiP romance with Kendall Long, or at least that's how it seemed. During the Season 5 reunion, while they were being interviewed by host Chris Harrison, Joe and Kendall shared that distance was an obstacle in their burgeoning relationship. She lives in Los Angeles, while he lives in Chicago. Harrison suggested that it would be good if they could be in the same city for a while, before revealing that he secured Joe a spot on DWTS so he could be in Kendall's home city for the duration of filming.

Even though Joe confessed that he had no particular skill when it came to dancing, he's sure to pick up some new steps once training begins. And fans are excited to see him try.

Some viewers couldn't decide if they were more thrilled by Joe and Kendall getting the opportunity to give their relationship a chance, or by the fact that they'd get to see Joe doing his best foxtrot. Others were impressed by how he managed to take night one elimination and turn it into a show-spanning reality TV career.

Joe is just as interested as anyone in seeing how it all unfolds. "This is fun!" he told Entertainment Tonight. "I'm happy about this, it's gonna be great. I don't know how to dance, don't know how I'm going to do. I'm actually having a panic attack right now, if you can't tell. So it's great. It's gonna go really well for me. Super excited!"

Luckily, Kendall will be on hand to help Joe out if he needs it. Though Joe explained that they might not be diving into a serious relationship right away, Harrison did them a favor by putting them in closer proximity. Joe said they were "making progress," but that they were "just gonna take it stride by stride right now."

Joe claimed during the reunion that he'd have to research the best partner for the dance floor so he could excel, particularly because dancing really wasn't his strong suit. And dancing in front of a live studio audience is definitely a challenge, which Joe seemed well aware of. "DWTS is the craziest thing that's ever happened to me," he said. "Up to date, right now."

Though Joe didn't know who he would be dancing with during the reunion, it has since been announced by ABC that he'll be partnered with Jenna Johnson. Johnson has been on DWTS in some capacity since Season 18, though she graduated from troupe member to professional dancer in Season 23. She previously partnered with Jake T. Austin and Adam Rippon. Together, Johnson and Rippon reached the finals, so maybe she and Joe will have the same luck.

Several past Bachelor contestants have taken part in DWTS, which means Joe is in good company. Trista Sutter, Melissa Rycroft, Jake Pavelka, Sean Lowe, Chris Soules, and Nick Viall have all been on the show, with Rycroft winning the All-Star Season 15. Perhaps that precedent will bode well for Joe, too.

Joe confessed to Us Weekly that he was nervous about DWTS, but the odds have been stacked against him before and he succeeded anyway. He might not have any past experience ballroom dancing, but with Johnson's talent, Kendall's support, and the fans cheering him on, there's no reason why Joe can't make a decent go of it.