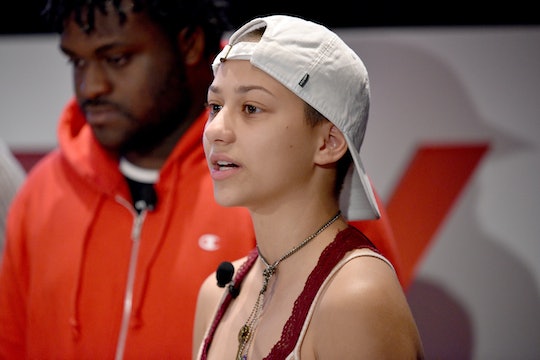 One year on from the Parkland school shooting, activists, law officials and politicians are still advocating hard for stronger gun control and school safety procedures. In the days following the murder of 17 students on February 14, 2018, Parkland teens rallied together to form March For Our Lives, an advocacy group aimed at ending gun violence with the mission statement of “never again.” And while the protests and marches have garnered much attention on a national level — an estimated 200,000 people attended the first March For Our Lives event last March — what legislative reform has been made? According to CNN, 67 new gun laws were passed in the year since Parkland.

New York has some of the strongest gun laws in the nation, says New York State Senator Brian Kavanagh. A slew of measures was passed at the state level in January, including a provision for Extreme Risk Protection Orders. "Other bills in the package will give law enforcement up to 30 days when necessary to complete a background check before someone can buy a gun, prevent school districts from arming teachers, ban bump stocks, promote gun buyback programs, and ensure that relevant mental health records are available when authorities are considering applications for gun permits." The legislative package "will undoubtedly save the lives of New Yorkers," Senator Kavanagh said in an email to Romper.

Newly enacted bills spread over 26 states including New York, Washington, California, Virginia and Florida. According to a report released by Newsday, 15 laws have been passed to disqualify someone from purchasing guns while six have been passed regarding carrying guns on school grounds. On a national level, the Trump administration banned bump stocks in December of 2018 requiring all those in possession of them to turn them in or destroy them within 90 days of the ban.

Since the Parkland shooting, red flag laws have also spread throughout the country. When enacted, these laws (also known as Extreme Risk Protection Orders or ERPOs) allow weapons to temporarily be taken away from those deemed to be violent and of threat. In the past year, nine new states — Florida, New York, Delaware, Illinois, Maryland, Massachusetts, New Jersey, Rhode Island and Vermont — have adopted red flag laws in addition to the five states — California, Connecticut, Indiana, Oregon and Washington — that already had them in place.

A report released by the Giffords Law Center revealed that while all change hasn’t hit the federal level yet, it certainly isn’t slow moving. In 2018, seven states buckled down on background check laws including Florida, New Jersey and Vermont. Two states — Delaware and New Jersey — passed laws in regards to the removal of firearms from those with mental illnesses. And five states — California, Maryland, New Jersey, South Dakota and Washington — reevaluated and tightened their laws regarding concealed firearms in public spaces.

Just two weeks ago in New York, lawmakers approved six new gun bills that passed smoothly. This is the first time since 2013 — when the Sandy Hook shootings took place — that New York has done so. These include the red flag law and increasing the waiting period on background checks to 30 days.

The ease of passing these new bills is largely due to the newly elected officials. In the November midterm elections, according to CNBC, 17 House seats were won by those backing stricter gun control laws and regulations, including Jennifer Wexton, Abigail Spanberger and Elaine Luria. In addition, Democrats won control of the house.

"The New York State Senate Democratic Majority hit the ground running and passed long-blocked, common sense gun safety legislation," says New York Senate Majority spokesperson Gary Ginsburg. "These common sense bills will help keep firearms out of the hands of dangerous, unstable individuals and out of our schools. We will keep working to protect families and students from the scourge of gun violence and to provide the responsive, progressive government New Yorkers demand and deserve."

In addition to legislation passed, however, are the the number of school safety groups working hard to prevent additional school shootings from occurring. Among them is Safe and Sounds Schools, an organization co-founded by Sandy Hook parent Michele Gay along with Alissa Parker, each of whom lost children in the tragedy. The group — which has been working on school safety for six years now — has multiple programs in place to help both students and parents become better equipped and prepared. Recently, they announced their Parents for School Safety program, which Gay says has been very well received.

“The programs that we offer are really about educating people, empowering people and helping them get involved,” Gay tells Romper. Safe and Sound Schools also provides training for public officials, mental health providers and more.

In addition, the group has partnered with Bark, a service that analyzes a child’s digital footprint daily for anything harmful or triggering, which has been able to prevent 16 school shootings from happening. In 2018 alone, Bark for Schools detected 104 severe issues and transmitted those to the FBI and the National Center for Missing and Exploited Children.

So gun violence mitigation is undeniably moving forward, on the heels of too many tragedies. And Senator Kavanagh, who acts as chair on the American State Legislators for Gun Violence Prevention organization, would like that progress to continue, suggesting that "as Americans we all can advocate for stronger laws at the federal level and in other states."

What all advocates agree on is that gun violence, the right outcome should be "never again."

More Like This
21 A+ Christmas Gifts For Teachers
Real Parents Share What Time They Let Their Kids Rip Into Gifts On Christmas Morning
Festive Mommy & Me Holiday Nail Ideas To Try
If Your Kids Love Their Elf, You Don't *Have* To Put Him Away On Christmas