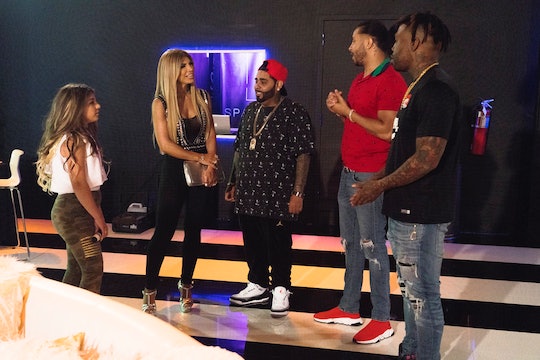 I’m sure I’m not the first person to tell you about all of the drama on Real Housewives of New Jersey. Chances are, if you’re reading this, you’re very much in the know, about everything from stripper rumors to the super short marriage of Danielle and Marty. One matter that isn’t at the forefront all that often is Teresa’s husband, affectionately known as Juicy Joe, who has been serving time since 2016. This leads fans to wonder if Joe Giudice has been released from prison yet. And the answer is: nope, he’s still locked up.

Joe is currently at the Federal Correctional Institution in Allenwood, Pennsylvania. Joe was arrested on fraud charges, the same as those that Teresa herself served time for back in 2015. This has been an ongoing ordeal for the family, beginning back in 2009 when the Giudice’s filed for bankruptcy,

Joe is able to communicate with his daughters — Gia, 18; Gabriella,14; Milania, 12; and Audriana, 9 — via email. Teresa explained that his emails are able to come to their phones as text messages, though he is sending them from a computer at the prison, where he receives their messages. But obviously, it still doesn’t compare to the real thing, which was brought to light more recently.

In the episode “Whine About It,” Joe is mentioned a few times. Milania released a song, “I Can’t Wait To Grow Up,” which she debuts in this episode. In addition to Teresa reminding her how proud her dad would be and her aunt Melissa adding, “I really just wish her dad was here to see it,” the song even mentions Joe, with the lyrics, “Dad said it ain’t easy, but I don’t care, so what?” OK, maybe they're not Grammy-winning lyrics, but it was clearly pointed that this many references to Joe were made.

This might be because there will be more of a focus on Joe in the coming months. In Oct. 2018, it was announced that Joe will be deported to Italy in 2019, following the completion of his sentence, as he never obtained U.S. citizenship. In November, he and his attorney, James Leonard, filed an appeal. This will have to be addressed on the show when a decision comes in, and either way it could be difficult on the family. Teresa made some news over the holidays, during which time she took her girls out of the country for Christmas. But she did arrange time for Joe to see all of the Giudice girls.

Things have been rocky on all fronts for the family during Season 9. An interview called attention to Melissa and Teresa’s feud on RHONJ, and despite Melissa saying that they’re “good” these days, it doesn’t always look that way on screen. However, Melissa says that she is supportive of her sister-in-law, adding that “it’s a very personal thing” and “we’re all praying and hope that it turns around.”

As to whether or not Teresa would end her contract in order to reunite her family in Italy should the need arise, Melissa added, "It would be so weird if Teresa weren’t on the show," she says. "We’re the core group and without either of us I don’t know that it would work." But it looks like that all depends on Joe’s appeal.