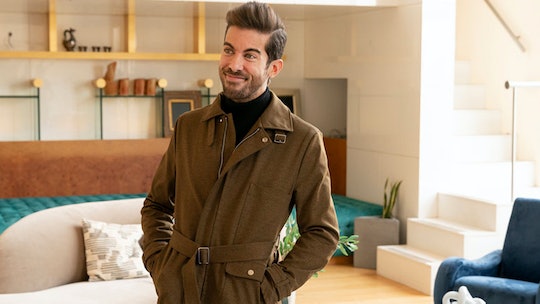 Hold The Phone, Has Luis Ortiz From 'Million Dollar Listing New York' Had His Baby?

Million Dollar Listing New York fans might have a hard time keeping up with Luis D. Ortiz during Season 8. Since the Bravo star left real estate after the fifth season, he traveled the world, moved to Paris, fell in love, had his heart broken, came back to New York, and now, he has a baby on the way. At the end of the Aug. 15 episode, the returning cast member surprised everyone — including producers — when he revealed his venture into fatherhood. So naturally, fans are dying to know every detail. But has Luis Ortiz's baby been born? The MDLNY agent may be keeping details under wraps for the time being.

As of this write-up, it's unclear whether or not Luis' baby girl has been born yet. After the reality star unveiled he was expecting his first child, Bravo shared Luis' baby was due in two months during the Aug. 22 episode. But, of course, this meant two months after the interview took place rather than two months after the episode's air date. And although the network didn't share when the confessional was taped, Ryan Serhant recently confirmed MDLNY Season 8 started filming in Aug. 2018, according to an interview with AOL. Given that timeline, it's entirely possible Luis has already welcomed his baby girl to the world. Regardless, fans will just have to wait until he is ready to make a public announcement — and that's perfectly fine.

When Luis acknowledged his expanding family on MDLNY, he was clearly filled with emotion. In the Aug. 15 episode, the real estate agent was reminiscing his past when he visited his colleague, Ronita, and her baby daughter. Luis then expressed some of his fears for the future in a confessional. He said:

I've been through a lot these past two years ... But every day gets better, and seeing this only makes me happy. It puts no pressure on me 'cause I have my own time. And I can't have all these beautiful things right now if there's a big part of me that's broke and I need to fix that first before I go on to have a family and have kids. Wow, that hit a f**king nerve. I hope that's not true — and that I have to fix myself before I have a kid — because I am having a kid.

Despite the wave of emotion, Luis came back in the Aug. 22 episode and told Ronita his happy news. The reality star also delved into his new role as a father. "Obviously, not planned, and, you know, there's a lot more to the story, and I wish I could tell it," he said. "I'm genuinely happy thinking about it, but I just want to make sure I do things right."

Nevertheless, it looks like Luis is ready for the next step in his life, regardless of what's thrown his way.

"I have no idea how this is gonna go, but I will love her no matter what. Like, true love," Luis said in a confessional on MDLNY. "I don't even know what that feels like or is, but I have the feeling that I'm about to find out."