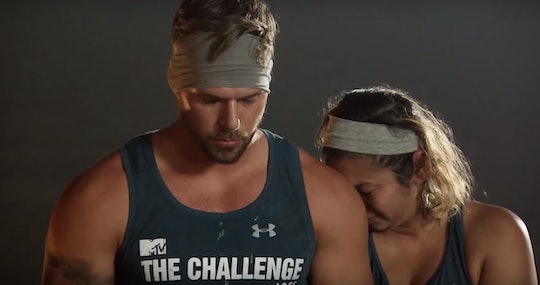 Filming For 'The Challenge' Season 33 Has Already Begun

The Challenge: Final Reckoning only just ended — with more bad blood than was already there between some cast members, but it’s never too early to wonder about what comes next. There are typically two seasons of The Challenge in a year, so fans are likely already wondering: has The Challenge Season 33 finished filming? Regardless of when filming ended or will end, chances are, viewers will get to see the new season at the beginning of 2019 sometime. According to Reality Blurred, however, filming was still underway in Namibia at the end of October. In order to properly edit the season and hopefully allow the competitors to finish up before the holidays, there’s a good chance that filming is now over.

Part one of the Final Reckoning reunion promised a sneak peek into Season 33, so at the very least, most of the season has wrapped. This is good news for fans who may have gotten attached after the explosive recent season, but it’s also good to know for new viewers. Final Reckoning marked the end of a trilogy in the franchise, so there will be some newbies introduced come Season 33. Reality Blurred also reported that among the newcomers, Paulie, Da’Vonne, and Natalie could return from Season 32, so it’s going to be a gloriously mixed bag of contestants next season and I can’t handle it.

One thing that hasn't been released yet, however, is the theme for Season 33 of The Challenge. It will more than likely be revealed by the end of part two of the Final Reckoning reunion Tuesday night, but production hasn't said anything yet about what to expect. If it’s anything like recent seasons, though, there will be plenty of intense competitions and in-house drama to go around. Although I’d be lying if I said I wasn't already chomping at the bit to learn what the Season 33 theme will be.

The Challenge executive producer Scott Freeman told E! News that when planning out a season, the theme is key. "It's usually the theme first," he revealed. He explained that the theme will set the tone for who they cast, whether it is newcomers or fan favorite veterans of the series. "If we want to put say Bananas and Wes as a team and for some reason Wes can't do it or at the last-minute something comes up, I'm like, 'Uh-oh. I have Bananas and I need to find someone for him.’ In the past, we've had to lose some good people out of our casting roster because their partner couldn't do it."

Just because there hasn't been an official trailer for The Challenge Season 33 yet, it doesn't mean that fans can't begin to wildly speculate on what the next season will bring. One fan on Vevmo, PinkRose, posted that the next season’s theme is War of the Worlds and that it could be a battle between past Real World or The Challenge players and those who’ve never been on either show. Again, this is speculation since MTV hasn't confirmed such details about Season 33, but if it does end up being accurate, viewers are in for another rollercoaster of a season.

From the Final Reckoning season premiere all the way to the two-part reunion special, it’s been dramatic, intense, and sometimes shocking. I don't know how you follow that season with something equally as big, but this is The Challenge, after all. Somehow, I think they’ll manage.