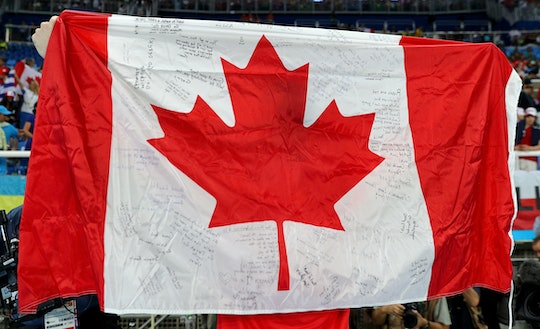 Have There Been Any Zika Cases In Canada? They're Relatively Low In Number

Maybe it's something in our super hardy bloodstream, which is mostly comprised of pure maple syrup and earnest goodwill towards men. Maybe it's because our country is often a frozen tundra where few beings can survive, let alone a measly mosquito. Or maybe we just don't get out enough. For whatever reason, there have been very few cases of Zika reported in Canada, and as a Canadian, I'm sort of good with that.

The Zika virus has been plaguing many parts of the southern hemisphere, predominantly parts of South and Latin America. The virus is generally spread through the bite of an infected Aedes aegypti mosquito. While most victims of the Zika virus will feel minimal, flu-like effects, pregnant women can pass the virus to their unborn child. If that child contracts the virus, they could be at a severely increased risk of suffering from a congenital neurological disorder like microcephaly, a condition where the brain does not grow to full size and can inhibit proper physical and mental development.

According to the Canadian government's surveillance of the Zika virus, there have 282 travel-related cases of Zika reported. There have also been two cases of Zika that were sexually transmitted, and two cases of maternal-to-fetal transmission.

There have been a total of 14 pregnancies among women who contracted the virus during their travels. Only one of the cases of maternal-to-fetal cases of Zika presented signs of microcephaly. The government of Canada has continued to issue a low-level risk advisory to Canadians who are traveling to areas of the United States with reported cases of the Zika virus or other countries combating the mosquito-borne virus.

Every province and territory in Canada provides free Zika testing through the National Microbiology Laboratory. Some provinces and territories also conduct mosquito surveillance to monitor the possibility of Zika-infected mosquitoes breeding in the area.

At the moment, scientists are frantically working on 18 possible vaccines against the virus, with one of the possible vaccines now in the testing phase. Unfortunately, even if that vaccine proves effective it potentially won't be available until 2018.

So the good news is, there aren't too many cases of Zika in Canada. The bad news? The majority of us flock to Florida every winter because warm weather and spring break and Disney World. In fact, approximately 4 million of us head to Florida every year to escape the cold — but with the government of Canada cautioning against travel to Zika-infected areas (especially pregnant women) many Canadians might choose to stick it out in the snow rather than risk possible infection. How that will affect tourism? No one exactly knows.