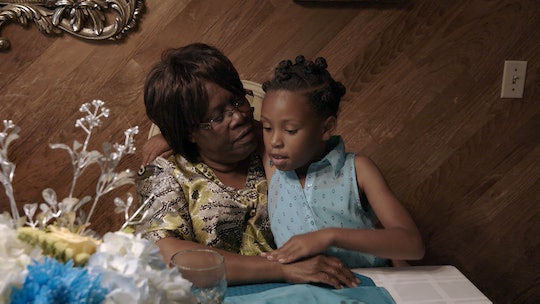 HBO recently released the documentary Foster featuring stories of kids currently in the system and adults who dealt with the system themselves. Foster breaks the stereotype of foster parents and social workers, showing how a broken system is still trying its hardest. And as a child of the foster care system, I can finally appreciate it now that I’m on the other side.

The foster care system might seem like it is offering little to no solutions for kids, but the truth is, social workers within the system are working tirelessly every day to do all they can to make a difference in these kids’ lives. With thousands more children than there are social workers, it can be an almost impossible task, but social workers are the ones doing the work day in and day out to try and make a difference in some way. And Foster attempts to highlight these efforts.

My family was on welfare for as long as I can remember and it wasn't uncommon to come home on any given day and find that a landlord had dumped our belongings on the sidewalk in front of our home, signaling that we had been evicted yet again. So it came as little surprise when our family’s social worker arrived at our apartment when I was 8 years old, flanked on either side by a police officer, and took me and my brother into custody to be placed in a foster home.

But despite a poor upbringing which included neglect, mental and physical abuse, and instability, I didn't want to be taken away into foster care. As an adult, however, I see things much more clearly and have a better understanding of why the foster care system is necessary for families with children who aren't being properly cared for.

The documentary follows the experiences of several people who have dealt with the childcare system and their experiences range from foster parent to perceived delinquent. Earcylene Beavers, a longtime foster mom, gives a peek into her everyday life with a house full of foster children. A cocaine-addicted mom who gives birth to a newborn shows what it is like to lose custody of your child early on. Foster also sheds light on the lives of Dasani, a teenage boy who has been in and out of group homes for years and Mary, a girl still struggling after almost aging out of the system.

Beavers explains in the film that she has been a foster mom for at least 27 years and over that time, she has taken in more than 1,000 kids, some of whom she went on to adopt. She points out that any child taken from their parents and put into foster care will have some kind of negative reaction, even if they had never displayed any behavioral issues before.

"You expect them to be OK with that," she says, of kids being taken from unhealthy home environments and put into foster care. "They're not." Beavers would know. She does everything within her power to help the kids who pass through her house.

When a young girl’s father made her believe the devil resided inside her, Beavers took an actual broom out to “sweep” the devil away. She also adopted one of her foster children who had dealt with physical and mental disabilities, saying when a social worker told her the boy was ready to be placed in an adoptive family, she took it upon herself to keep him in her care instead.

Foster parents aren’t the only people in these positions who go above and beyond to help. The documentary also highlights Dasani’s counselors and social worker, who meet to discuss his behavioral issues. He had been moved from one group home to another because of fighting and had even spent time in a juvenile detention home. The counselors debate ways to help him cope with his emotions rather than lash out, pointing out that if he had grown up in a stable home with a family and got into a fight with a sibling, he would be grounded, not kicked out of his home. Dasani’s counselors and his social worker clearly see where the errors are in the system, but there is only so much they can do about it.

Foster care came with a lot of uncertainty and confusion for me and it was naturally hard for me to open up in the court-ordered counseling sessions, much like Dasani was unable to open up in the doc. I was lucky enough to spend only two years in foster care and for me, it was having some kind of support that went beyond counselors and social workers that helped me to open up. Social workers try to be there for their juvenile clients as much as they can, but it is never enough. They commonly have heavy caseloads and not enough time to be able to sit down with each child and get to the bottom of their issues. Social workers investigate homes to make sure children are being cared for and if they aren’t, it is their job to remove them. But as far as fixing deep-rooted issues goes, social workers just aren't afforded the time to help with that.

But as easy as it can be to place all of the blame on a system that is overloaded, Foster makes it clear that social workers, counselors, and juvenile judges are doing everything in their power to break the cycle of the foster care system and get help to children who need it. The documentary notes there are 18,000 kids in the Los Angeles County foster care system today while there are nowhere near that many social workers available to give the right amount of attention and care to each case. That doesn't mean they aren't trying, they’re simply stretched impossibly thin. In my case, I was lucky enough to have a parent who took getting her children taken into custody as a wakeup call.

When a child is lucky enough to be placed in a more loving and welcoming foster home, it can make a world of difference in how they grow up within the system, as it did for me. Before I was in foster care, I didn't know about the simple staples that help give kids structure in a home. I was given stability and attention in my personal interests and for the first time, I participated in extracurricular activities. When my brother and I went home after spending two years in foster care, everyone could see the changes in our behavior. Part of that came from having actual rules in place, but it also came from being in a loving home where we had routines and stability.

The kids in Foster have it a little differently. Beavers’ foster home is similar to the ones I lived in — she treats all of the kids like her own and provides a stable home life that also includes affection. But Mary, who said that she never felt wanted in any of her foster homes, ran away from some of them. And Dasani was thrown out of the only foster home he had lived in when he was 13 years old, which led to a string of group homes.

To look at my life now, you'd never know the trauma I endured. I am in a stable and happy marriage, one that I had never imagined growing up. I have a happy and healthy son who wants for nothing, though I remind him every day how lucky he is (as much as it annoys him). And I am lucky enough to have used my college degree to start a fulfilling job. The 8-year-old me who went into foster care probably wouldn't have thought this is the person I would turn out to be either.

That’s how I know that, compared to the ongoing struggles of the kids in Foster, I am lucky. I was part of the broken system that still tries daily to help children move on and break the cycle. I didn't spend my entire childhood in the system and I eventually had a more stable home. Everything that happened to me in my childhood still follows me, but I was able to overcome it. If the system didn't have hard working social workers fighting for kids to come out of their childhoods as stronger people, then I too would have been lost in the shuffle.