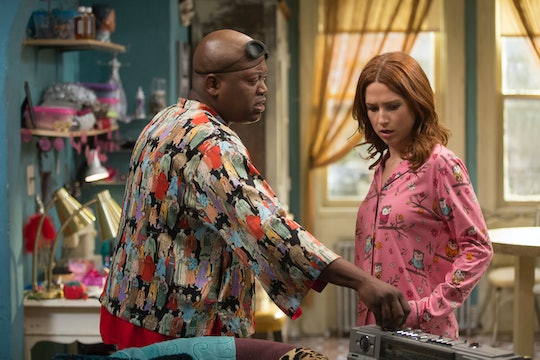 Here's Everything Coming To Netflix In April, So Get Ready For Some Serious Streaming

Spring is the time to get outside, enjoy the fresh air, and plant some flowers. Or, get comfortable on the couch and queue up an incredible list of Netflix titles coming to the streaming service. There are many TV shows and movies coming to Netflix in April, giving you plenty to watch when April showers get the best of your morning, afternoon, and evening (because it's totally fine to not leave the house somedays).

Netflix started March off with the fourth season of House of Cards, but April has a big contender in Unbreakable Kimmy Schmidt, premiering April 15. In addition to a handful of original series coming to the streaming service in April, Netflix is adding a slew of must-watch TV shows and movies to satisfy any marathoner. From family content to comedies to dramatic documentaries, Netflix's additions for the month of April will definitely keep you busy.

With over 80 new titles being added in April, don't think about using the excuse you have nothing to watch for at least a month. If 80 sounds like too much to handle at once, here are six picks to start streaming in April, followed by the full list of everything Netflix will be adding to its service.

The goofy mole woman from Indiana you love is back. After a triumphant first season, see what shenanigans Kimmy can get herself into in Season 2 when Unbreakable Kimmy Schmidt premieres April 15.

Get ready to cry when My Girl begins streaming on April 1.

Lighten up with some nonsense babble as the Minions search for their next evil boss beginning April 24.

Here is the complete list of new Netflix titles.

Charlie and the Chocolate Factory (April 1)

The Mask You Live In (April 1)

The Next Best Thing (April 1)

Under the Same Moon (April 1)

Steve Jobs: The Man in the Machine (April 14)