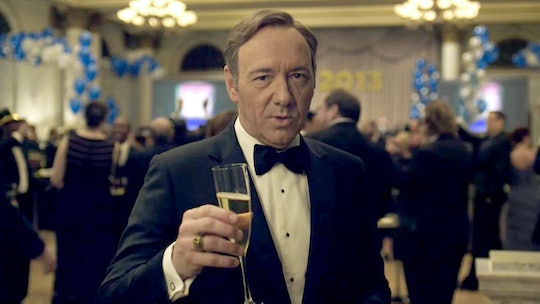 Here's Everything Coming To Netflix In March, So You Know What To Stream & When

The weather may be warming up, but that doesn't mean people are ready to leave the comfort of their homes just yet. And that's where Netflix comes into play. There is a slew of TV shows and movies coming to Netflix in March, giving you plenty of things to do while you wait for those first signs of spring. (Or, more accurately, wade out that St. Patrick's Day hangover.)

Netflix is ending February with a bang, with it’s original revival Fuller House premiering on Feb. 26. But the March options will be able to compete with the Tanner clan. In addition to classic films and series — as well as a few lesser-known options — Netflix is bringing 16 original series to the streaming service in March. Yeah, you read that right — 16. This, of course, includes two fan favorites House of Cards and Marvel’s Daredevil. (Sorry Unbreakable Kimmy Schmidt fans — you have to wait till April.) And the entertainment isn’t just for the adults. There is an array of kid-friendly content that the entire family can enjoy.

With 72 new titles being added in March, there's a lot to comb through. Here are my top 7 picks for streaming next month, followed by the full list of everything Netflix will be adding. Happy binging!

Children of the '90s rejoice! Your favorite burger-slinging duo will be available to stream come March 1. Make sure you whip up some themed-snacks to celebrate.

Staring the swoon-worthy Kevin Coster and the late Alan Rickman, Robin Hood: Prince of Thieves will be available for fans of adventure on March 1.

Say hello to your little friend! Start March 1, you can enjoy Al Pacino is all his gangster glory.

The Underwoods are back, bad and battling with each other. Season 4 of the Netflix original series will see Frank and Claire at odds, whcih could mean a major shakeup in Washington, D.C. Tune in for the drama on March 4.

Every parent can appreciate Louis's struggle to raise two girls in a chaotic city. Get a hold of Season 5 starting March 4.

Who can resist Tom Hanks? Available March 16, Larry Crowne follows a middle-age man who's been laid off from his job and his pursuit to make his life better.

The hero of Hell's Kitchen returns to Netflix March 18. One of Netflix' most popular original series, Daredevil follows Matt Murdock, a blind man who fights injustice by day as a lawyer and by night as a cloacked sper hero.

The Art of Organized Noize (March 22)

Murder Rap: Inside the Biggie and Tupac Murders (March 31)