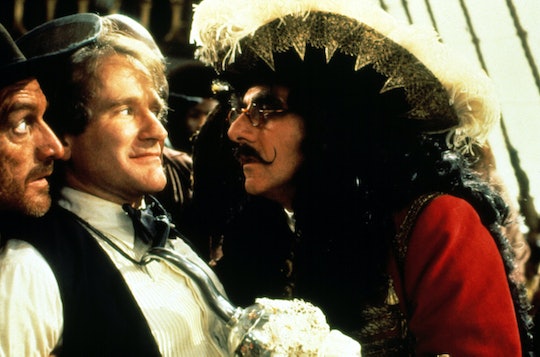 Here's Everything Leaving Netflix In April, So Check Your Queue Now

Netflix may be the ultimate bae, but it's been known to change things up just as you're getting comfortable. While new shows and movies are being added, there's also quite the list of TV shows and movies leaving Netflix in April.

If you're starting to panic a little, trust me, I know how you feel. When Netflix took Sesame Street out of their rotation at the beginning of the year, I seriously wondered if I should just quit my job because there was no way I was going to get any work done if my daughter couldn't binge on a few episodes. The list for April includes saying goodbye to a few family classics, so if one of your kid's favorites is on the list, I feel you. It's really hard to say goodbye to a consistent babysitter and if you mention screen time to me, I'm going to stare at you until you're uncomfortable enough to walk away.

But even with some great movies leaving, everything from romantic comedies to action flicks, there's a ton of new TV shows and movies being added. You're sure to find something else you love and something that will hold your kid's attention so you can at least eat a sandwich in peace. But let them have one more viewing of their favorites from this list of entertainment leaving Netflix in April.

The live-action version of Disney's classic, 101 Dalmatians is full of adventure, love, and so many puppies. While you and your kids will both miss the incredible Glenn Close as a villain when the film leaves Netflix on April 1, at least you don't have to keep telling your kids, "No, you're not getting a puppy."

Put up your leg warmers, because Flashdance is dancing out of Netflix's queue on April 1. Time to plan a girls' night stat.

I'm really sad to see Hook go, but it doesn't mean you have to grow up yet. Take the family off to Neverland one more time before this childhood classic leaves Netflix on April 1.

If you don't have #squadgoals when you're watching Nine to Five, you're doing it wrong. This classic about being overworked, underpaid, and taken advantage of will hit home with so many of us, but you've only got until April 1 to experience the ultimate girl power movie.

The Tale of Despereaux

There's nothing like a good love story, especially if it stars an adorable mouse. I'm sorry if this is one of your little one's favorites, but it's sailing out of Netflix's line-up on April 1.

Along Came a Spider (April 1)

Berkeley in the Sixties (April 1)

I'll Be Home for Christmas (April 1)

Around the World in 80 Days: Special Edition (April 2)

Take Me Out to the Ballgame (April 2)

The Passion of the Christ (April 6)

The Tale of Despereaux (April 1)