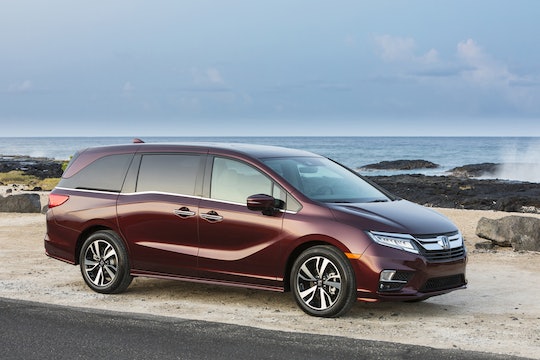 Parents who are looking to purchase a new family vehicle or have recently bought a Honda SUV or minivan will want to pay close attention to multiple new recalls. On Tuesday, Honda announced a massive recall on minivans and SUVs due to faulty software in several important safety features and issues with door latches.

Honda issued a total of four recalls on Aug. 4 for certain Odyssey minivans and Pilot and Passport SUVs with model years ranging from 2018 to 2021. According to the company, the vehicles are being voluntarily recalled to fix issues with backup cameras that could malfunction, door latches that are faulty, and dashboard displays that might not be working properly.

The largest recall announced Tuesday includes approximately 608,000 vehicles, including 2018-2020 Odysseys, a popular minivan for families, as well as 2019-2020 Passports and 2019-2021 Pilots. Under this recall, Honda said there is an issue with the dashboard display software that displays critical information, including the speedometer, the engine oil check light, and gear position.

"Software that controls the speedometer display will be updated, for free, to prevent potential malfunctions, including temporary shutdown of the display," Honda said in a news release Tuesday. "If the speedometer does not display properly, a driver may unknowingly exceed safe speeds, increasing the risk of a crash."

According to ABC News, more than 320,000 Odysseys from 2018 to 2020 are included in third recall due to an issue with the sliding door cables, which could cause the door to not latch correctly. "In freezing temperatures, ice may form on the cable, hindering proper cable movement and potentially preventing the door from latching," Honda said in the news release. "An unlatched sliding door could open while the vehicle is in motion, increasing the chance of injury to passengers." Honda said the cables will be replaced in affected vehicles for free.

And finally, the fourth recall covers more than 212,000 Odysseys from 2019 to 2020 that could experience issues with water seeping into the rearview camera mounting holes, according to ABC News. Rear view camera assemblies will be replaced with updated units, for free," Honda said.

"Honda is announcing these recalls to encourage each owner of an affected vehicle to take it to an authorized dealer as soon as they receive notification from Honda," the company said in the recall notice, adding that there have been "no reports of crashes or injuries" reported as a result of these issues. Romper has reached out to Honda for further comment on the recalls, but did not immediately hear back.

Concerned consumers can check to see if their vehicle is included in the recall by checking their VIN number on the National Highway Traffic Safety Administration.

Honda is also mailing out notices to owners whose vehicles are included in the recall in September as well as instructions on how to update the software themselves. For owners who might not want to do it themselves, dealerships will accept vehicles to reprogram the software free of charge beginning on Sept. 23. For any further information, customers can contact Honda customer service directly at 1-888-234-2138.