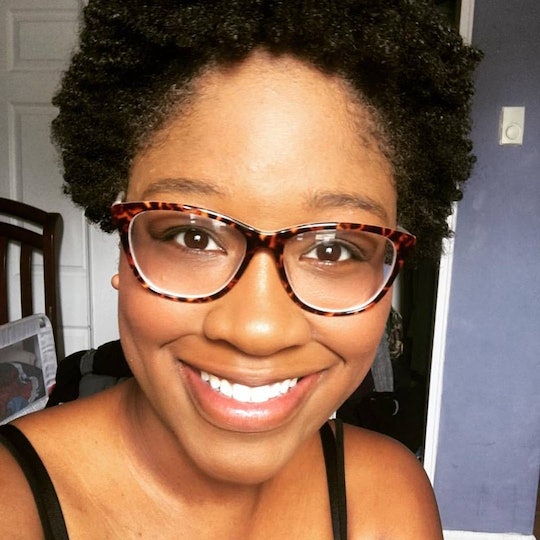 Honestly, The Way We Talk About Postpartum Bodies Is Exhausting

Growing up, pregnancy and childbirth were life events I never truly thought would happen for me. I treated them both like unlikely possibilities, and so I didn’t spend much time thinking about what pregnancy would be like or how it would subsequently change my body. Years later, as a young adult, I was in my physical prime. My skin was glowing, my weight was perfect for me, and I felt like I could walk into any room confidently, my head held high. I was able to walk into any clothing store, purchase jeans right off the rack without even trying them on because I felt like I looked great in everything. I never worried how (or even if) my body would change after having a child. I didn't pay mind to all of the attention the conversation on postpartum bodies attracts, both in the media and in our everyday lives. I had no clue how exhausting talking about your postpartum body could be. And even when I found out that I was pregnant and would be stretching my body to its brink to create a new life, I still held firmly onto the idea that, since I was young and healthy, my body would "bounce back" like a rubber band.

Looking back, I know it was because I had a false sense of security that, even though I was dining on a breakfast of cheesecake and hot dogs for 10 months, my hope that I'd look and feel 21 forever was enough to get me through my pregnancy. Even though, in the end, I was horribly mistaken (my body resembled more of a mostly deflated water balloon post-birth), the constant talk about postpartum bodies is incredibly exhausting.

Walking out of the hospital after giving birth, I felt nothing like myself. I was strapped down in an adult diaper, which was stuffed with an ice-pack pad. I had breast pads poking out of my bra (and I use the word "bra" loosely here). My belly was still round, but empty, so the skin appeared dark and wrinkled like an oversized raisin. Nothing about my postpartum body was sexy, appealing, or anything I would've wanted to keep around longer than it would take my body to heal. But in scrolling through social media accounts in the months after giving birth to my son, I saw endless women showing off their perfectly flat, stretch-mark free bellies with hashtags like #snapback and #bounceback in the captions. Looking at those pictures in comparison to the natural disaster that felt like my own body was discouraging as hell. I couldn't help but wonder what the hell I was doing wrong because my body wasn't "snapping" or "bouncing" back.

I feel a deep sense of shame because I won't ever look like the size-0 models and celebrities do just weeks after giving birth. But the pictures and articles of women who do actually look like I did after giving birth don’t make me feel better either. I look at them and think, Damn, we're both screwed, huh?

It even crossed my mind to call my doctor and tell her that something must be broken because my ability to #snapback must've gotten lost on its way to me. My pre-baby body was, admittedly, comfortable. I'd never faced body shaming, rude comments, or any extra concerns about my health from strangers. But the constant barrage of questions, inquiries, and suggestions about how to "deal" with my postpartum body became too much. I stopped loving the body I was in. I put appreciating my body on hold, a reward for myself once I'd finally lost whatever weight I'd gained while carrying my son. But when the weight didn't just "fall off" and telling people "I just had a baby" felt like it was no longer a logical excuse, and when my then-husband hinted that maybe I didn't need ice cream after my dinner, I truly hit a wall.

Then, one day while working in retail, a chatty customer asked me if I was pregnant. She looked so pleased with herself, like she knew there was no way I wasn't carrying a baby. But she was wrong. I was just about seven-months postpartum and nursing a belly full from the burger I'd just eaten for lunch. I looked at her and shamefully held my stomach as I told her no, I wasn't pregnant. It was, perhaps, my lowest moment. I felt like I'd been stripped of all of my confidence and self love. I had to ask myself if I was going to be disgusted every single time I saw myself naked or if I was going to learn how to love what I had, work on becoming better, and stop beating myself up for not hitting every single imaginary goal I'd set.

It hasn't been an easy road at all. It's taken me four years (and counting) to lose the baby weight. But I decided that I wouldn't let the conversation about my body determine how I felt in my own skin. I'm never going to meet those unattainable, unrealistic goals. That doesn't mean I'm not still hot, though.

At first glance, creating a conversation about postpartum bodies seems useful or even helpful for other women struggling with their appearance after birth to see that we all look like we’ve walked through hell and back. But, here’s the important thing the constant conversation about postpartum bodies often neglects: constantly putting women's bodies on display (regardless of whether or not they've "bounced back") has really just made me, and legions of other women, feel more crappy about what our bodies do or don't look like.

No matter what the image is, there's this sense of competition on how great we can look after literally creating a life that spans from one end of the spectrum to the other. I feel a deep sense of shame because I won't ever look like the size-0 models and celebrities do just weeks after giving birth. But the pictures and articles of women who do actually look like I did after giving birth don’t make me feel better either. I look at them and think, Damn, we're both screwed, huh? And then when those same women are back to their pre-pregnancy weights and rocking those cute skinny jeans six months later and I’m still squeezing into my maternity sweats, that false sense of camaraderie disappears.

I know my body is unique and special. And just like it's done at every other stage in my life, it will develop and bounce back in its own time. Or, you know what? Maybe it won't. I know my body has done something way more important than make it to the gym right on the six-week postpartum mark. I created a life.

The truth is that putting this relentless emphasis on what our bodies look like after going through pregnancy, labor, and delivery only adds unnecessary pressure for mothers and women. I know my body is unique and special. And just like it's done at every other stage in my life, it will develop and bounce back in its own time. Or, you know what? Maybe it won't. I know my body has done something way more important than make it to the gym right on the six-week postpartum mark. I created a life.

I know postpartum health is very important. But I've also learned that health is not a synonym for "skinny," and after putting my body through the gauntlet, the last thing I need to be wrapped up in is whether or not my ass will ever sit as high as it did pre-pregnancy. Personally, after 17 hours of labor and months of acclimating to being a mother and praying that my baby blues didn’t turn into depression, the last thing I needed was to worry about was how my postpartum body would be judged. Like it or not, I look great. And I don't care what anyone else thinks.