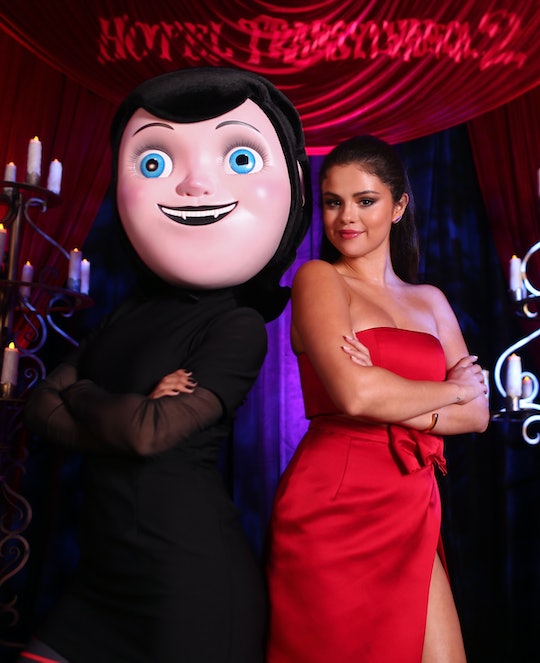 Comparing 'Hotel Transylvania: The Series' To The Movie

If your home is anything like mine, your kid ends up fixated on one particular movie or TV show and you’re stuck playing said movie or show on a loop, seemingly 24 hours a day. With a movie like Hotel Transylvania though, and its sequel, you at least get enough adult humor thrown in there to make it fun for you both. So with the Disney Channel rolling out a prequel show of the franchise, Hotel Transylvania: The Series vs. the movie shows that there’s still more story to tell.

In both of the movies, we got to watch Mavis and Dracula run their family hotel and then see Mavis start a family of her own and raise her half-vampire/half-human son. In the TV series, though, the time period is going to be changed up quite a bit. Since it will focus on Mavis’ childhood, her teen years specifically, there will be no Jonathan to inadvertently cause trouble everywhere he goes and even Dracula is a much younger version of the vampire everyone knows from the Hotel Transylvania movies.

But even with all of these changes, there’s still going to be the same kind of humor that both kids and adults have come to love.

But just in case your extra curious about what the various differences will be between the movies and the animated show, here are some of the biggest factors to keep in mind...

The Voices Are Different

The first thing you might notice is that the voices portraying the characters are being done by completely different actors. Obviously asking big names like Selena Gomez or Adam Sandler to commit to an animated series is a bit much (and likely expensive) for actors of their caliber, but the voices of Mavis and Dracula still do the job. In fact, the voice of the younger Papa Drac is pretty spot on.

It Takes Place Before The Movies

Since Hotel Transylvania: The Series takes place before the events of the movies, literally all of the characters are younger than we’ve ever seen them, but it also offers up the chance to see a story of Mavis, her dad, and their friends that we’ve never seen before.

The Supporting Characters Mirror The Movies — Kind Of

In the Hotel Transylvania movies, some of Dracula’s friends included Murray the Mummy, Frankenstein, and Blobby. From the previews for the series, it looks like all of Mavis’ friends, Hank N Stein, Pedro, and Wendy Blob, are the children (or at least relatives) of them. So no, we probably won’t be getting David Spade as Dracula’s invisible BFF, but we will get to see Mavis’ social life as she tries to run the hotel under the disapproving eyes of her Aunt Lydia (Dracula’s sister).

It might not be part of the original franchise in the sense of continuing the story, but Hotel Transylvania: The Series and the movies still have the characters and humor in common and with the third installment currently filming, now is kind of the perfect time to break out the prequel series.

Hotel Transylvania: The Series premieres on June 25 at 8 p.m. ET on the Disney Channel.