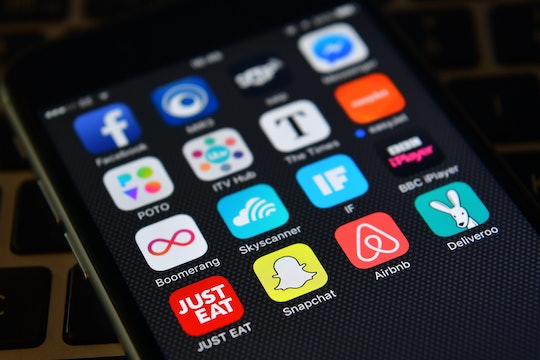 How Accurate Are Birth Control Apps? Non-Hormonal Contraception Could Happen In The Near Future

When it comes to birth control, not every woman out there wants to use something with hormones in it. Women are, by and large, seeking more organic and natural alternatives for everything from food to clothing to menstrual products, and birth control is no exception. Enter fertility awareness apps, which are meant to track your body's fertility cycles through algorithms. But in light of recent reports, some are wondering how accurate birth control apps truly are.

For decades, one of the most popular and widely available methods of contraceptives for women was the birth control pill. There were some drawbacks to taking the oral contraceptive, not the least of which being the ingestion of hormones. Each of the hormonal contraceptives available to women (the pill, the patch, and the vaginal ring) had small amounts of man-made estrogen progestin hormonal contraception. For women who don't want to put hormones in their body, it seems there's now an app for that. Swedish company Natural Cycles had its birth control app approved in 2017 as a legitimate medical device that could be used for contraception.

Natural Cycles is an effective method of contraception. And so much more. It's the app that gives you the knowledge to get to know your body and truly understand how your cycle works. It's protection with more sexual freedom - minus the side effects.

How exactly does it work? The app actually hearkens back to the oldest method of contraception there is; the rhythm method. But with a scientific twist:

Every cycle is different but the thing is you can only get pregnant on up to 6 days in one cycle. We find those days for you. All you need to do is measure your temperature in the morning, enter it into the app and it will give you a red or a green day depending on whether you need to use protection.

The science behind the Natural Cycles app was developed by Dr. Elina Berglund and her husband and has proven to be remarkably promising. Nordic Business Insider reported that the app was found to be even more effective than oral contraceptive pills, with more than 93 percent of "typical" women finding the use of the app successful. In other words, regular women who don't necessarily always use the app perfectly. Natural Cycles is still only available in Europe, but is planning the move to North America in the near future (as of right now, the app is available in the United States solely as a "fertility monitor," but Natural Cycles hopes to expand in the future).

Unfortunately, not everyone is singing the praises of the birth control app. Södersjukhuset (SÖS), a hospital in Stolkholm, is reporting the app to Läkemedelsverket, the governing Medical Products Agency of Sweden, because it found during a study that 37 women seeking abortions had been using the app... and it clearly didn't work.

We have not been involved in the study that SÖS is referring to so we cannot comment on specifics. However, we understand that it sounds alarming, but when Natural Cycles’ user base increases, naturally so will the amount of unwanted pregnancies coming from users using us, just as it would do with any kind of new contraception. We’d like to reassure the medical and community and the public that Natural Cycles is a safe, clinically proven and certified form of contraception which women worldwide trust as their birth control to prevent or plan a pregnancy.

Natural Cycles continues to stand behind its research, and a spokesperson went on to say the company would be happy to work with medical professionals to ensure the efficacy of the birth control app.

It's important for women to have control over their own reproduction, and to have non-hormonal, non-invasive options for contraception. It seems as though Natural Cycles is on the right track... here's hoping it works out.

More Like This
New Report Shows 80% Of Pregnancy-Related Deaths Are Preventable
Widows Are Expected To Mourn Forever — How Do I Date Again Without Shame?
6 Sex Positions To Reduce Leg Pain
Introducing My Boyfriend To My Kid