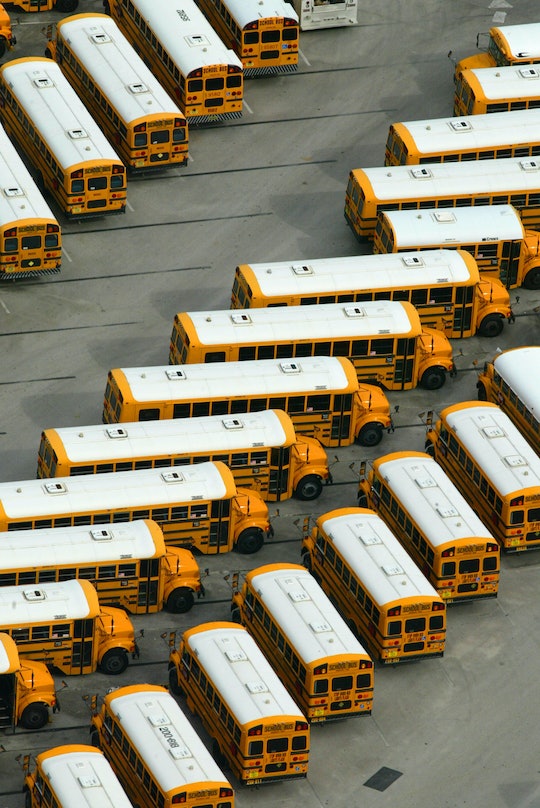 How Are School Vouchers Funded?

When Congress confirmed Betsy DeVos as U.S. Secretary of Education, proponents of school choice rejoiced. The divisive education head had made no qualms about her intentions to expand school vouchers, so supporters took her confirmation as a major win for the much-derided program. And lawmakers worked quickly to help make that happen: In January, Iowa Rep. Steve King introduced H.R. 610 — also called the "Choices in Education Act of 2017" — that would upend current education policy. If passed, H.R. 610 would create a federal voucher program favored by DeVos and President Donald Trump. But how are school vouchers funded exactly? Taxpayers foot the bill.

Traditional voucher programs give parents the opportunity to send their kids in the school of their choice, such as a private or religiously-affiliated institution. They're often reserved for low-income families, children zoned to a failing school, or students with disabilities. According to NPR, funding for those vouchers, which pay for school tuition, come from state dollars. Specifically, money allocated to student vouchers use "all or some of what the state would have otherwise spent to educate the child in a public school." Currently, 14 states plus Washington, D.C. offer traditional school vouchers program; Washington, D.C., though is the only federally-funded program in the country.

King's controversial bill, though, would greatly expand the availability of school vouchers to the country's 11 million students living in poverty. Under H.R. 610, state voucher programs would get a big boost by the federal government through block grants, according to Education Week. If King's bill follows Trump's plan, it would mean states could potentially tap into $20 billion in federal education money in order to fund their voucher program. And parents would be able to use those federally-funded vouchers to pay for private or religiously-affiliated schools or homeschooling. (Only 5 percent of families who homeschool made less than $20,000 per year, according to the National Center of Education Statistics, which has led many to deride the inclusion of homeschooling in voucher programs.)

School choice programs, including vouchers, are hotly contested and highly divisive, and have mix results. Research has shown that expansive school choice programs have led to failing reading and math scores, discrimination, and exclusion of children with disabilities from the education system. And earlier this month, the Indiana Department of Education published its annual report on the state's voucher system — the largest in the country — showing that, while the state saved money, public schools lost funding, and don't cover the entire cost of private tuition, according to the Indianapolis Star.

On the surface, it may seem as if school vouchers will help low-income families get better quality education. After all, that's who they're designed for, right? But the truth is: Vouchers are a slippery slope that don't help students the way pro-choice lawmakers claim. And the country really shouldn't ride.