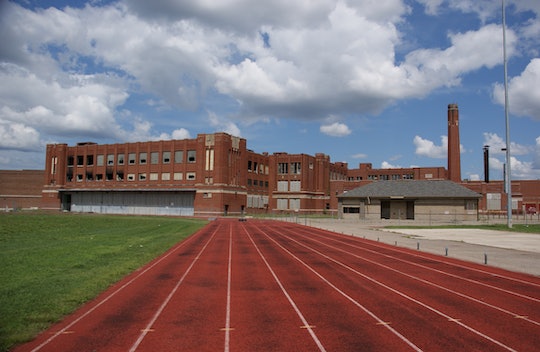 How Are Schools Preparing For Zika? Parents Are Getting Ready For Summer Outbreaks

The Zika virus has already made its way into the United States, and thanks to the discovery that more than one mosquito strain is able to transmit the virus, it's likely to spread to more states than originally anticipated. As the country swings into summer, officials are anticipating clusters of Zika cases as mosquito populations increase in the warmer weather. While parents can control their home environment to protect against Zika, they might be wondering how their children will fare when leaving the house. Are states attempting to contain the virus, and how are schools preparing for Zika?

The first thing to keep in mind is that Zika is relatively harmless to most school-age children. Most people infected with Zika won't even know they have it — only about one in five who have contracted the virus will display any symptoms. While Zika can have devastating effects if a child contracts it while in utero, toddlers who contract the virus via mosquito will only experience flu-like symptoms for about a week (and should be treated in the same way: Think lots of water and rest).

However, some children have pregnant mothers at home, and each person infected with Zika makes it easier for the virus to spread (since mosquitoes who bite infected people will then pass it on to other humans they bite). It's in everybody's best interest to keep the number of people who contract Zika down. So are schools doing anything?

So far, most of the precautions have dealt with travel plans. In February, four Boston public schools cancelled spring break trips to countries with known Zika outbreaks (in this case, the Dominican Republic, Ecuador, and Nicaragua), according to The New York Times. Universities such as Lehigh University directed students to information from the CDC on Zika when discussing spring break plans.

The National Association of Independent Schools also shared information in February on school travel and Zika, advising schools to fully inform parents and students about the possible threats of Zika, and to request students come fully prepared with mosquito repellant and appropriate clothing.

Other than warning families about travel, however, schools haven't done much to prepare for Zika outbreaks. That said, there isn't much schools can do. Those with air conditioning (or, although less effective, screens on their windows) have a lower threat of mosquitoes in their schools, but until costs are covered to add screens or AC to existing facilities, many public schools will likely be going without. Unless the threat of Zika is heightened, that is: In Puerto Rico for example, where a quarter of the population is expected to contract Zika within the year, screens have been shipped to schools, girls' uniforms have been changed to allow them to wear pants, and teachers supply students with repellant on a regular basis.

The best thing parents in areas with Zika can do is prepare their children for prevention at home: supply them with repellant, make sure they know when and how to apply it, and make home as mosquito-proof as possible (don't let still water collect, and make sure your windows have screens if you don't use air conditioning). If the situation worsens, schools might step up with extra measures, but in the meantime, parents are likely better off leading by example.