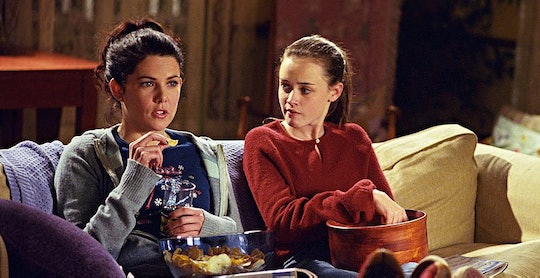 How Being A Single Parent Affects Your Kid Later In Life

Society has come a long way in recognizing that single parent families make up a lot of households, but that doesn't make being a single parent any easier. Whether you chose to parent your child on your own or circumstances turned you into a single parent, it's easy to wonder how being a single parent affects your kid later in life. The Beatles say love is all you need, but is that true? You may be working yourself to the bone to provide your child with everything they could possibly want and need, but is the idea of a two-parent household not only enticing, but necessary to raise a good, happy, well-adjusted kid?

You're not alone in these fears. According to the Pew Research Center, 26 percent of children younger than 18 live with a single parent, but that's just one of the basic statistics that surrounds single-parent families. There has been tons of studies conducted on the effects of raising a child as a single parent, but there's also a lot of contradicting information. What most people tend to lean against are the stereotypes — that single parent households often lack attention for the children because single parents have to pull double duty on housework and financial responsibilities, therefore causing tons of problems for their kids as they are older. Acting out, drug issues, aggressive behavior — all of the stereotypes are there. And while some are rooted in statistics, it's not exactly a concrete generalization to make.

As Psychology Today noted, a study found that children from a single-parent home were more likely to have substance abuse problems than those from a two-parent household, but only by about one percent. Is that enough for a sweeping stereotype on single parents? No.

In fact, most of the studies that report negative effects are not looking at the broader picture of single-parent families. A 2011 review from Western Michigan University noted that researchers have not paid attention to other cultural factors or differences in life experiences between single-parent families. Meaning, yes, there may be a large percentage of single-parent families that live in poverty, but are researchers taking into consideration the area these families are living in? What about their jobs? Do they have support from another parent? Are researchers factoring in the reason they became a single parent such as the death of a partner or being abandoned by their child's other parent?

Basically, there are too many variables. You can hear all day long that being a single parent will negatively impact your child based on statistics, but those statistics are not you and your child. They are not your family.

So how does being a single parent affect your kid later in life?

The same way being a two-parent household affects your kid later in life.

Turns out that it doesn't matter how many parents your child has. What matters is what type of parent you are to your child. In fact, research conducted by NatCen Social Research in the UK found that the structure of a household did not affect a child's happiness. In fact, children from both single-parent households and two-parent homes had the same responses — 36 percent of each group reported feeling "happy all the time," while 64 percent reported feeling happy "sometimes or never." The researchers even removed other variables, such as their parents' social class, but there was no difference in their findings.

Are there still findings out there that have concluded that children from single-parent homes are more likely to drop out of school or become single parents themselves? Sure. But remember that none of those studies are completely conclusive and that there are plenty of other variables that can affect those findings.

All the single parents, put your hands up. Because you're fighting the good fight and as long as you continue doing your best and loving your kiddo with all you've got, you're both going to be just fine. Besides, one study found that kids who live in a single-parent household perceive their parent as more friendly, while kids who live in a two-parent household see their own parents as less friendly. I have a feeling that does a lot more for your kid's well-being than making sure there's always another parent around to nag them about their laundry.