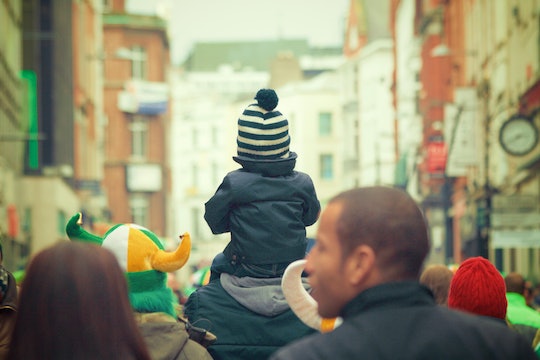 How Being An Only Child Affects Your Kid Later In Life

No one is supposed to judge you or criticize your parenting, but it happens all the time, especially when the subject of how many children you have comes up. If you have several children, people question you and ask how you can handle it, how you can give all of your children enough attention, and ask, "Don't you know how that happens yet?" But have only one child and everyone flip flops to telling you how being an only child affects your kid later, giving you their expert opinion on why siblings are necessary to life.

It's no secret that your child's birth order can influence their personality. But it's not based on biology, according to Parents. While it makes sense that the oldest child would become a leader, it has more to do with the role you impart on your child (without realizing it), as well as their place in the sibling line-up and how it affects their behavior.

Although you might worry that your little one is missing something in terms of siblings, only children don't grow up to be raging lunatics incapable of social interaction or sharing. In fact, research has found that your child may flourish as an only child. According to Psychology Today, only children often have high self-esteem and feel that they are important to the world because they were their parents' only child and therefore were lavished with attention, praise, and affection. Only children tend to think well of themselves, and as with any person, this could lead to an only child becoming arrogant or self-centered according to Parents.

If you're worried that your child will fit the stereotype of being bossy, aggressive, and always wanting their own way, fear not. Sociologist Susan Newman told Psychology Today that because only children don't have the experience of disagreeing with siblings and fighting with them, they often work hard to be well-liked among their peers and included in group settings. She also notes that because their voice is always heard at home, they don't feel the need to be the loudest person in the room, or the first in line for something like those who have to compete with siblings.

In short? Only children tend to be just as happy as children who grew up in a house full of siblings. According to The New York Times, many studies have found that only children score just as well as children with siblings in the areas of contentment, emotional stability, popularity, generosity, and social participation.