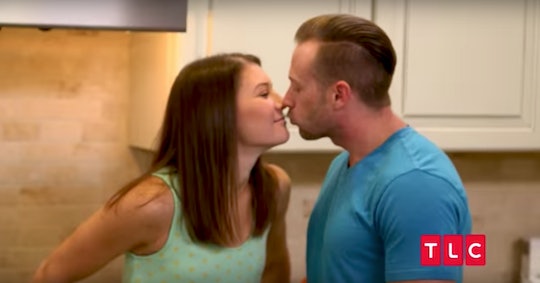 For whatever reason, reality television stars are just... fascinating. From the Kardashians, to the Duggars, to the Gaines clan — America loves them all. And now, a newer TLC show is bringing another family into the living rooms of Americans everywhere. OutDaughtered, which stars Danielle and Adam Busby along with their quintuplet girls and 6-year-old daughter, has been a smash hit, and it's easy to see why. The couple is authentic and adorable and their lives are highly intriguing. But, how did Adam and Danielle Busby meet? The two have known each other for a while.

Speaking with Style Blueprint, Danielle explained that she and husband Adam were actually coworkers, once upon a time:

Adam and I met at Target. We both worked at Target in Lake Charles, Louisiana, and just kind of hit it off from working side by side, and we fell in love. I like to tell everyone our carts collided in aisle 5.

Obviously, they've since gone on many adventures together and just celebrated their 10-year anniversary earlier this year. On top of that, the two are awesome parents to the quintuplets, Ava, Olivia, Hazel, Riley, and Parker, as well as 6-year-old Blayke. From Target to TLC, the Busbys seem to be doing all right.

After their TLC show, OutDaughtered, premiered in May 2016, it quickly gained a large following, and was renewed for a second season. Now, the show is in its third season, which premiered on Tuesday. And, as per usual with any sweet and relatable family on television, fans have been apt to ask plenty of questions about the Busbys.

For instance, it's kind of crazy to imagine having five kids at once, and Danielle's reaction to finding out is honestly so relatable. Here's what she told Style Blueprint:

It was a joke, right? That’s what I thought. Adam and I took it very differently. When I found out that we were having more than one — it was three, then four, then at the next appointment it was five, it just was a comical thing to me. I always grew up with a heart for kids, and so did Adam.

Well then it turned out that we’re having our large family all at one time, so I kind of take it as God’s humor.

And with six kids all under age 7, it's probably pretty necessary to have a sense of humor, right? But really, if nothing else, the Busbys can teach us all one important lesson: Clearly, Target really is heaven on earth.