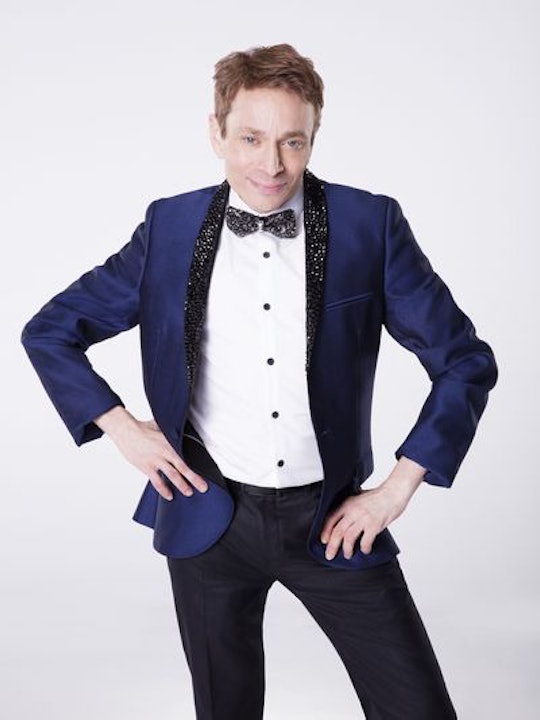 Most of us know and love Chris Kattan from Saturday Night Live and the comedies he starred in following his career on the series. But when he showed up on Dancing With the Stars Monday night to perform "What Is Love" (of course) with partner Witney Carson, it was made clear that following his serious injury, dancing would be kind of a big deal for him. So how did Chris Kattan break his neck?

Even though the former SNL star said that he recently recovered from an accident resulting in a broken neck, he definitely held his own with pro partner Witney. He hasn't said much yet about how he broke his neck, but the Dancing With the Stars contestant still managed to do the classic Night At the Roxbury head tilting dance.

Surprisingly, Chris' neck injury isn't the only serious injury among the dancers this season. Professional bull rider Bonner Bolton suffered a near-fatal fall when he fell off his bull at a competition in January 2016. If DWTS didn't make you feel like a lazy and terrible dancer before, then seeing two previously injured contestants get out there on the floor should probably do the trick.

Like I said, there aren't many details about how Chris broke his neck, but as Season 24 of DWTS goes on, he might be more willing to divulge details. The important thing, though, is that despite whatever happened to him, he was able to get out there and compete.

Even though Witney didn't know about his past on SNL or get the reference to the song and dance she performed with Chris, the beginning of the routine was a total throwback to Night at The Roxbury. They scored a total of 17 out of the possible 40 points Monday night which isn't all that great, but it was also just opening night. There is plenty of time for the pair to improve and for a guy who has suffered from a broken neck injury, I think we can cut them a little slack.

When it came time for Chris and Witney to hear their critiques and then scores from the judges, you could see how unsure Chris was with his own performance, which is to be expected since he's not the pro dancer in the pair. But this show is all about improving your moves getting tips from the judges. It's still super impressive though, neck injury of not, he was able to tilt his head as only he (and Will Ferrell) can do.