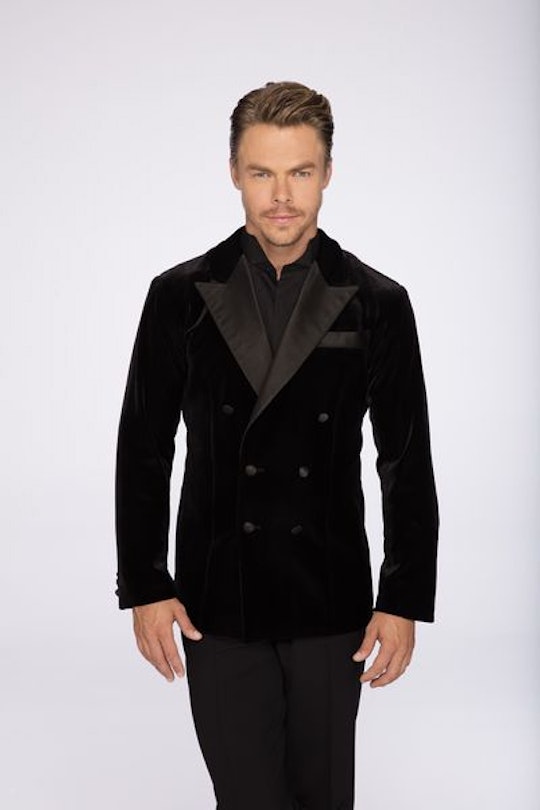 Not All 'DWTS' Pros Are Returning For Season 24

Each season, there is a new cast of celebrities to glitter the massive ballroom floor on Dancing With The Stars and along with them, the extremely talented professional dancers who make the magic happen. But who is returning for Dancing With The Stars Season 24? While most seasons, most of the same dancers all return to be paired up with a new celebrity to show them the ways of dance, a couple of fan favorites are likely going to be absent this time around.

Maksim Chmerkovskiy, who has been on DWTS for 15 seasons starting way back in Season 2, won't be returning for Season 24. He's definitely one that fans look forward to seeing each season, but according to The Daily Dish on Bravo, he'll be taking some time off for now. This is due to the fact that he's going to be too busy being a full-time dad to his newborn baby and he doesn't want to miss a moment of his child's early days of infancy. "I really don't care how this comes across, but there's no money on the planet that can replace me missing out the three, four, five months of my baby's life," said Chmerkovskiy. "Zero chance. I can't wait for all of this, diapers, and all of this stuff. I cant wait for Peta to pursue her goals and whatever and I just want to be a stay-at-home dad." Well said.

But if it wasn't enough to lose one DWTS dancer, the show will also be saying goodbye to Derek Hough, who has been one of the pro dancers since the show's very beginning. On Ellen back in November, Hough confirmed that instead of returning to DWTS for Season 24, he would be moving on to Jennifer Lopez and Ne-Yo's new dancing competition show, World of Dance. So who will be returning to DWTS Season 24, then? Since so far there have only been two confirmed dancers who will be leaving the show, with the Season 24 premiere still a couple of months away, fans can safely count the other dancers in... for now. But since there has been no official confirmation on everyone else, there's no time like the present to speculate.

Cheryl Burke, who is another DWTS staple and has been one of the big professional dancers on the show since Season 2, hasn't yet confirmed her return to the show, but judging by her history of being very dedicated to DWTS, she's not someone to expect to lose.

Val Chmerkovskiy, the winner from Season 23 of DWTS, hasn't confirmed his return to the dancing competition show either. But his participation in the much-loved DWTS Live! tour might be a clue that he's still all in as far as the show is confirmed, so there's that. There still hasn't been confirmation for any of the celebrities or even returning dancers for the show's March return, but at least for right now, we know who won't be there, so we can plan tantrums accordingly.

More Like This
When Does 'Yellowstone' Season 5 Come To Peacock? Not Soon Enough
Hey Fellas, 'Ted Lasso' Season 3 Is Coming Soon
Meghan Trainor Shares Baby News After Dropping Hints On TikTok
Adam Levine & Behati Prinsloo Welcome Their Third Baby & This Is Where It Gets Real
What Parents Are Talking About — Delivered Straight To Your Inbox