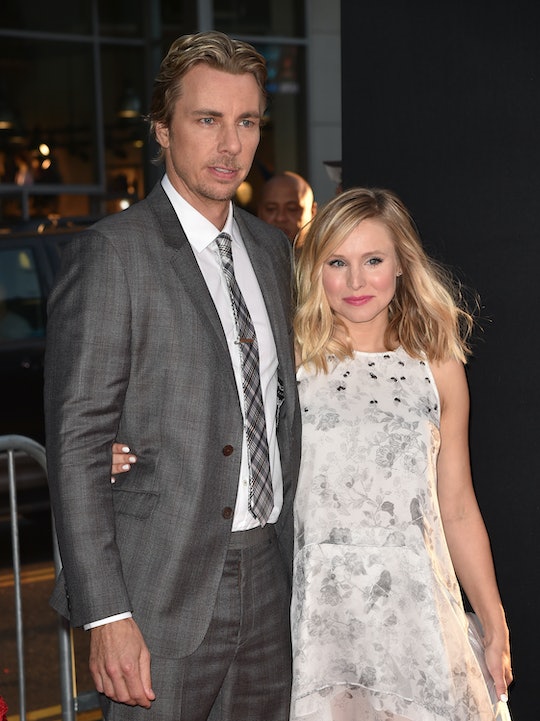 How Did Kristen Bell & Dax Shepard Meet? This Couple Is Too Adorable

Relationships take work, this is one of those things we all sort of know but don't really know, you know? Once things get a little rocky, so many of us are all "okay, time to refresh my Tinder"... but not Dax Shepard and Kristen Bell. The super adorable couple recently opened up about their relationship, and how they both work hard to keep the love alive. How did Kristen Bell and Dax Shepard meet, you ask? Because it sort of seems like they've been together since forever, right?

Well, when the tiny, bubbly star of Veronica Mars (remember Veronica Mars?) met Shepard (best known for his roles in goofball buddy comedies like Without A Paddle and Employee of the Month) the two didn't exactly fall in love at first sight. Bell told Flare magazine in a 2013 interview that when she met Shepard at a dinner party in 2007, it was "not electric":

And then two weeks later, I went to a Kings versus Red Wings game—he was with someone I knew, and I was with my roommate, [Veronica Mars co-star] Ryan Hansen—and we ran into each other. It was on from that point.

It turns out, the two were polar opposites, like the “Paula Abdul video ‘Opposites Attract’ personified,” as Bell told Good Housekeeping.

Shepard agreed in an interview with Playboy that the two weren't necessarily one of those "on paper" perfect couples, saying,

Kristen’s a good girl. She grew up very Christian, went straight to college, did great in school and started work immediately. She’s charitable and philanthropic and rescues dogs. So when we met, our backgrounds were opposites. All the things I’d done were terrifying to her, and she had a hard time believing I would ever be able to stay married and monogamous and a father and all those things. For the first year and a half we were together that was what we battled over almost weekly.

The couple starting dating "officially" at the beginning of 2008 and have been together ever since, marrying in 2013. They have two kids (daughters Lincoln and Delta), thriving careers, and even an ad campaign for Samsung solely driven on how super cute they are together. I'm sorry... How are the rest of us supposed to compete guys? What is your secret?

Luckily for us, Bell and Shepard are totally down with sharing their secret. In a word? Therapy. Bell told Good Housekeeping in a 2015 interview that she and Shepard are unapologetic about seeking couples' therapy.

“I thought I had this life thing down pat when I met Dax," she said. "I didn’t realize that I needed a much bigger toolbox to have confrontations and disagreements with people.” She went on to point out that, “You do better in the gym with a trainer; you don’t figure out how to cook without reading a recipe. Therapy is not something to be embarrassed about.”

So are these two your new relationship goals? Yeah, mine too. I'm watching that Samsung commercial on repeat for the rest of the night.