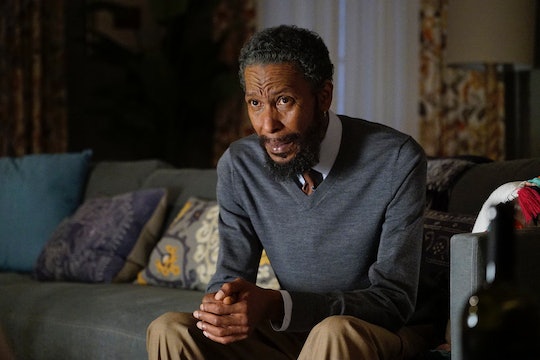 How Did William Die On 'This Is Us'? Randall's Dad Is Sick, But Anything Could've Happened

By now, fans are no strangers to tragedy on This Is Us. Nor are they foreign to the idea of crying during and after each episode. But that just comes with the territory of watching what some might consider to be the new Parenthood on NBC. Even so, when a tearful Randall appeared in a future scene, packing up William's belongings, it was hard to swallow. But how did William die on This Is Us? Although he's still very much alive as we currently see him, the show is big on playing with timelines and showing the past, present, and now future at the same time, so even figuring out when is going to be difficult.

We know that when Randall found William in the first episode, he was already suffering from stomach cancer, and after seeing a specialist they were told that he didn't have much longer to live. This, of course, prompted Randall to make an effort of knowing his biological father before it was too late, and through late night talks and school plays, viewers have seen William become a part of the family. So it makes sense to see Randall mourning the loss of his birth father as he packs up his things. By that point in time, it undoubtedly feels like losing yet another father figure.

But how did William die on This Is Us? The obvious cause would be his stomach cancer, but this is a show all about surprise twists, so he could have been hurt in a freak accident or hit by a car, for example. This Is Us creator Dan Fogelman talked to Entertainment Weekly about the decision to show Randall in the show's first flash forward. "The William part of it is meant to be this almost metaphysical glimpse at a hypothetical future," he said. "Ron Cephas Jones, the actor, is very much alive in Episode 6, for instance, in present day. But we have this ominous thing looming in some kind of distant or near-distant future."

That doesn't do much to take away the red rims around our eyes or the tear streaks left behind on our cheeks, but it does let us know that however William dies on This Is Us, it could either be something to happen soon or take longer, giving Randall (and us) more time with him.

But the way Fogelman talks ("metaphysical glimpse at a hypothetical future") and the way we see the scene played out, with Randall obviously emotional as he packs up William's things, it kind of makes you wonder if they played out that flash-forward scene the way they did on purpose. It gives them the option to change things and have William actually be alive in the future since it was never officially confirmed that he's dead. That scene could turn out to be a complete misunderstanding.

Then again, that could just be wishful thinking on my part, fueled by the need to keep the sad tears at bay. But for a show like This Is Us, the waterworks are imminent regardless.