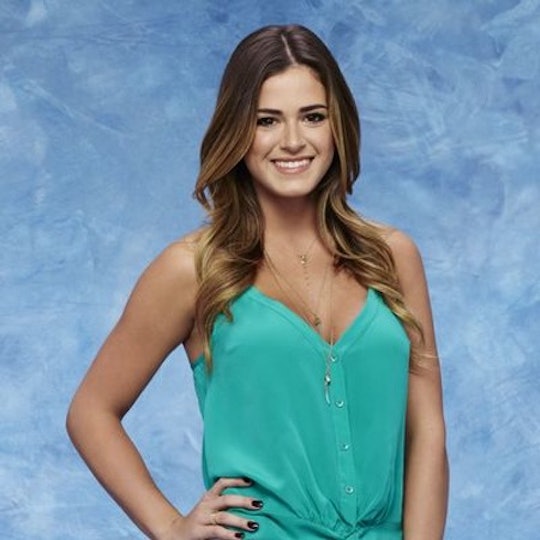 How Do JoJo Fletcher & Jake Pavelka Know Each Other? The ‘Bachelorette’ Knows A Pro

Another day, another chance to meet the love of your life — at least, that's what this season's Bachelorette JoJo Fletcher is probably hoping for. Though fans were shocked when Ben Higgins picked Lauren Bushnell over her, news that she was the confirmed 2016 Bachelorette left Bachelor Nation wondering which lucky dude will take home Fletcher's final rose. But this isn't Fletcher's first reality TV rodeo. Before her own Bachelor stint, her brother Ben Patton was on Ready for Love, and Fletcher also knows former Bachelor Jake Pavelka. But how do JoJo Fletcher and Jake Pavelka know each other? Well, according to The Inquisitr, Pavelka went to school with Fletcher's older brothers, Matt and Ben Patton, and since JoJo seems pretty close with them, it makes sense that she'd be friendly with their friends, too. And right now, Fletcher's going to need all the B-list (that's code for Bachelor) help she can get.

In 2013, Ben Patton, JoJo's brother, was on the NBC series Ready For Love. At the end of the season, Patton was engaged to Angela Zatopek, but the relationship didn't work out. Since then, he's been working as an entrepreneur, economist, and CEO (or so his Twitter bio says) in the Dallas, Texas area. And Pavelka was a reality TV star in his own right. (He was on both The Bachelor and The Bachelorette.) Having friends (and family) who've known reality fame in the same way JoJo is about to experience (and has already experienced) is a huge asset. Looking for love IRL is hard enough on its own, and that's not counting any reality TV cameras following your every move and an entire nation weighing in on your choices and feelings about another person (or say, 27 other people).

Pavelka isn't a stranger to the reality TV circuit. He was on the fifth season of The Bachelorette, vying for Jillian Harris' heart. He ultimately lost, but was selected as The Bachelor for the show's 14 circuit. Pavelka gave his final rose to Vienna Girardi, but the couple split up four months after the finale aired on national television. Since then, Pavelka's been on Dancing With the Stars, H8R, Rachael vs. Guy: Celebrity Cook-Off, Bachelor Pad, and Famous Foods.

The fact that he's been around the block and knows a thing or two could be a huge factor in how JoJo Fletcher's season goes. With both a brother and a brother's BFF who've been there, done that with reality love, JoJo is hopefully going to be prepared for all that comes her way this season. JoJo's not only going to go through the ups and downs and awkwardness that come with trying to build a connection with someone while trying to figure out if you'll have a future together — she's going to do it all on live (fine: pre-recorded) television. Even though she was on the Bachelor till the Final Rose, Pavelka and her brother, Ben, could help prepare her for what's to come when it's all eyes on her.