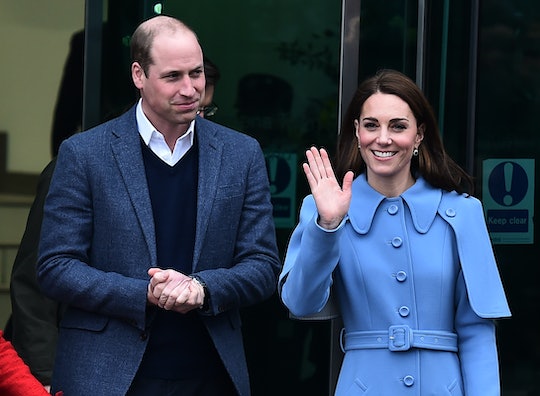 Here's How The Royals Are Expected To Celebrate Easter This Year

Easter is coming up this weekend and in my experience, it tends to be a bit of a maverick where holidays are concerned. Unlike Christmas, there don't seem to be quite so many hard and fast, universally accepted traditions for Easter, which makes it something of a mystery. Are you brunch people or ham dinner people? Chocolate egg hunt or Sunday service? A melange of all of these things? And what about the royal family? How do the royals celebrate Easter? I mean, I can tell you pretty much anything you want to know about their Christmas plans, but I'm just now learning about their Easter.

This Easter is all about big firsts for certain members of the royal family known as the Duke and Duchess of Sussex. Not only is this their first Easter to celebrate together as a married couple, since they were married last May, but it is also their first Easter in their new home at Frogmore Cottage in Windsor Castle, where House Beautiful UK reported they've moved. And there are loads of royal watchers placing bets that this weekend could see another first for them as well; their first child together. Odds are being placed at bookmakers around the United Kingdom that Meghan Markle might give birth on Easter Sunday... which also happens to be Queen Elizabeth's 93rd birthday, as per The Daily Express.

A new cousin for Easter would be a first for the three Cambridge children as well, 5-year-old Prince George, 3-year-old Princess Charlotte and nearly 1-year-old Prince Louis. Although it seems like Kate Middleton and Prince William have some pretty fun plans for their children to celebrate Easter this weekend even if the baby doesn't arrive. According to Hello!, the Cambridge children have enjoyed a little Easter egg hunt in the past. After the traditional Easter Sunday service at Windsor Castle, Middleton reportedly told a few young girls outside the church that her children had already done their Easter egg hunt in the morning.

Middleton and Prince William have been enjoying a bit of a staycation at their country house Amner Hall for the past month and are expected to stay there through the Easter holidays, as per Hello!. Middletons' parents Carole and Tony Middleton live close by and will presumably be spending at least part of the holiday with them, which is pretty handy considering Carole Middleton owns Party Pieces, a party planning business and will therefore have the fun Easter treats. Like a massive bunny piñata, for instance.

With a new royal baby potentially arriving so soon (even over the weekend, if we're lucky), I would imagine the Duke and Duchess of Cambridge might need to keep their plans pretty loose, particularly if they'd need to travel to meet the new baby. But, fortunately, it sounds as though the royal family keeps their plans relatively casual for the Easter holiday, apart from the traditional Easter service at St. George's Chapel in Windsor Castle, as the royal family's website details. Which is nice and close by Prince Harry and Meghan Markle's new home if the royal baby does happen to arrive on Sunday.

Which would mean he or she would share their birthday with the Queen and I'm not certain that's allowed. We'll have to wait and see, but one thing does seem certain: the Cambridge kids will probably have a fun and laid-back Easter holiday.