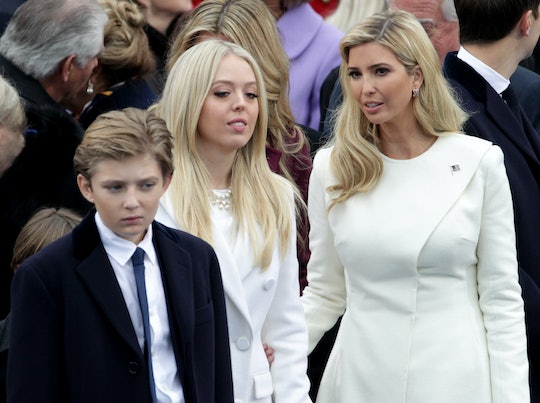 How Birth Order Affects Kids In The Long Run

We've all heard the jokes about birth order defining the person we're going to be. For example, I'm the oldest in my family, which supposedly means I'm bossy and driven. While this might be 100 percent true in my case, am I like that because of my birth order? How does birth order affect kids down the road? Is everything really predetermined by our place in the family?

According to Dr. Kevin Leman, a psychologist who has studied the nature of birth order since 1967, it is certainly a contributing factor. Leman wrote the book The Birth Order Book: Why You Are the Way You Are, and while he believes that birth order in the family does make a difference to personality, the way parents treat their children is just as much a factor. Leman told Parents magazine:

The one thing you can bet your paycheck on is the firstborn and second-born in any given family are going to be different.

Family therapist and author of the book Birth Order Blues, Meri Wallace, agreed that birth order coupled with the way parents treat their children make a big difference to the way personalities are shaped, according to Parents:

Some of it has to do with the way the parent relates to the child in his spot, and some of it actually happens because of the spot itself. Each spot has unique challenges.

Both Wallace and Leman attest that, with each additional child, parents tend to treat their children differently. They may relax a little, or learn from past obstacles, or have less time. And these factors can affect the way they parent. Which would trickle down into the way their children turned out.

As for all of those long held birth order ideas (first born is a natural leader, middle child is a peacekeeper, youngest is spoiled); it might not actually be true. Sure, children might behave differently in an attempt to get their parents' attention. But a study published in 2015 in Proceedings of the National Academy of Sciences found that birth order had a negligible effect on children's personalities. German researchers looked at more than 20,000 adults from the United Kingdom, Germany, and the United States to determine how birth order affected their personality, according to The Atlantic. And here is what the researchers had to say about their findings:

All in all, we did not find any effect of birth order on extraversion, emotional stability, agreeableness, conscientiousness, or imagination, a subdimension of openness.

A separate study conducted in the U.S. of 377,000 high school students published in the Journal of Research in Personality came to the same conclusion; the researchers looked specifically at five personality traits (openness, agreeableness, neuroticism, conscientiousness, and extraversion) to find out whether birth order affected any or all of these traits. The conclusion? Not really.

While some firstborns might have followed a certain stereotype and became more dominant, the findings were negligible. The researchers of that study wrote, according to NPR:

All of this means that children are not necessarily predetermined to turn out a certain way based on their birth order. It also means their personalities are not set in stone — the world is still their oyster.