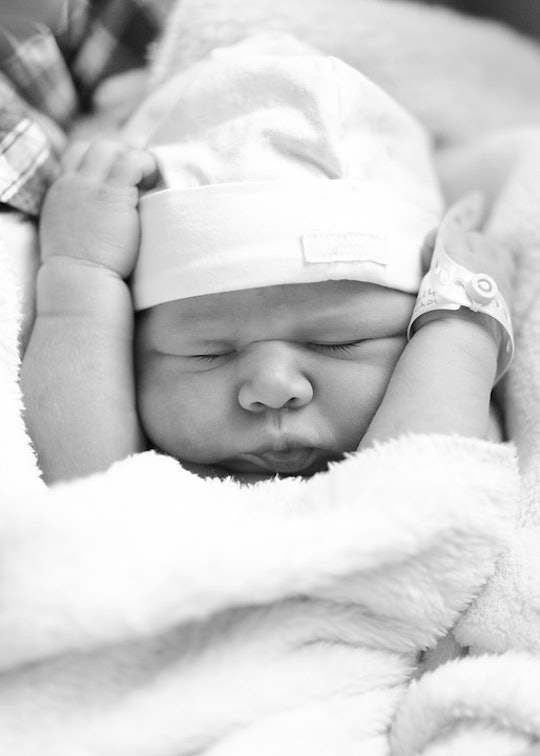 How Babies Know When To Be Born

Preparing for delivery is a somewhat tough task. You know that eventually you're going to give birth to your little one, but you can't be sure of when — it's one of the many decisions decided by your baby. But how does your baby know when to be born? Is there a little calendar they're flipping inside your uterus? Are they counting down the days with tally marks before they do a swan dive out of your vagina? (Obviously earning a 10 from the judges.)

Although I like to imagine that your baby is on a super tight schedule and knows exactly when to make their debut, that's not really how it works. Very few babies are born on their actual due date and, according to high-risk pregnancy specialist Dr. Erin Clark, 10 percent of babies in the United States are born too early. There's no actual date that your baby is waiting on, but it could be that labor is triggered by your baby, rather than the other way around.

Fit Pregnancy noted that there are certain cell markers happening in a woman when labor starts and those cells tell the baby it's time to be born. The theory is that because DNA from the baby and the placenta is constantly being released into the mother's blood, when the baby feels like it's ready to come out, they can send those labor signals, too.

But researchers from UT Southwestern Medical Center have found that there may be something else telling a baby it's time to come out — their lungs. According to the research, while most studies concluded that the baby signals when to come out, nobody was exactly sure what told the baby it was time. But the study found that two proteins, steroid receptor coactivators called SRC-1 and SRC-2, are released from a baby's lungs just prior to birth. What do these proteins do? They increase the production of surfactant components which are essential for a baby to be able to breathe once they are outside the womb.

Mother Nature. She just gets it, doesn't she? As those proteins are released and activate the surfactant components, the surfactant is secreted into the amniotic fluid, leading to an inflammatory response in the uterus to initiate labor. The research found that when there was a deficiency of SRC-1 and SRC-2, there was a decreased production of the surfactant components which could cause a labor delay. In the study, mice were included and their one to two day labor delay from the deficiency is equivalent to a three to four week labor delay in women.

More research has to be done to truly understand how the baby signals to the mother that it's time to come out, but I still like to imagine that, along with all of the science, your baby's thinking, "Hey, I think she's watched enough Netflix. Time to shake some things up." Or maybe they're just waiting on the next season of Stranger Things to premiere like the rest of us. Because, honestly, it doesn't get much stranger than birth.