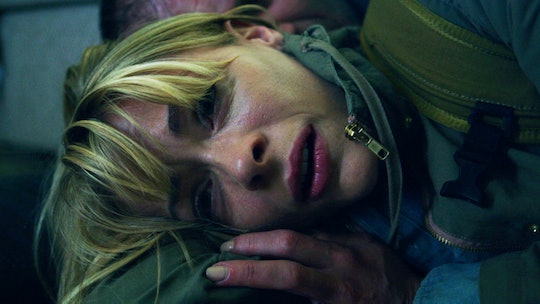 'Black Summer' & 'Z Nation' Are Related, But It's Not What You Think

From box office hits to major network television, it's hard to find original stories that aren't part of a franchise or spin-off. Although Black Summer feels like a refreshing take on the zombie thriller genre, you might have heard that the Netflix series is related to the Syfy show, Z Nation. But how is Black Summer connected to Z Nation? As it turns out, Black Summer and Z Nation occur in the same universe and the new Netflix show can be seen as a prequel. However, it isn't exactly the origin story people were expecting.

Black Summer follows Rose, portrayed by Jaime King, who is separated from her daughter at the beginning of the series and will do whatever it takes to find her. While Z Nation begins in the middle of the zombie apocalypse, Black Summer starts off at the very beginning, which means that Rose has to learn how to survive in the hostile new world, alongside a group of American refugees.

Even though both zombie thrillers come from the same universe, fans of Z Nation may feel like Black Summer lacks the dark humor that made the original series stand out. Of course, this decision was entirely intentional. During a panel at San Diego Comic-Con, co-creator Karl Schaefer explained that "Black Summer is before the apocalypse got weird and was just scary."

Prior to the Black Summer premiere, co-executive producer, Jodi Binstock, also spoke to Syfy to explain that there would be major differences between Black Summer and Z Nation.

Binstock then shared that the Black Summer team wanted to do something a little different than what they did with its predecessor.

The creator, John Hines, along with Karl Schaefer, who's the creator of Z Nation, wanted to do something very different in the genre that is extremely popular. You stand the chance of, 'Oh, that old trope, that old zombie thing, I'm done with zombies'. They wanted to do something different. John's philosophy is that one realistic zombie is far more terrifying than a horde of them coming at you. There's also the realism of what would happen if your husband turned into a zombie, or your child turned into a zombie. It's the real grittiness of that, and that's what Black Summer is. The way it's being shot is extremely unique too, and Netflix allows you to do that. Z Nation is more of a PG show and I would say that Black Summer is much more of an R show.

Still, even if you knew that Black Summer was related to Z Nation, there's a chance that you didn't notice. In an interview with ComicBook.com, King revealed that she never saw Black Summer as a prequel to Z Nation.

"It's interesting because it was never presented to me as a prequel," King said. "I had no idea about that at all. I have lots of friends that love Z Nation, but it was never mentioned in the script, and was never brought to me that it was a prequel. So, when I started seeing that, I was like, 'Oh, OK.' But it wasn't presented that was when I read it or when I did it. But, I think they said 'black summer' or something in Z Nation."

Black Summer and Z Nation may exist in the same world, but they feel like two entirely different shows. Though that doesn't make one any better or worse than the other, especially if you're itching for a thrilling zombie show.