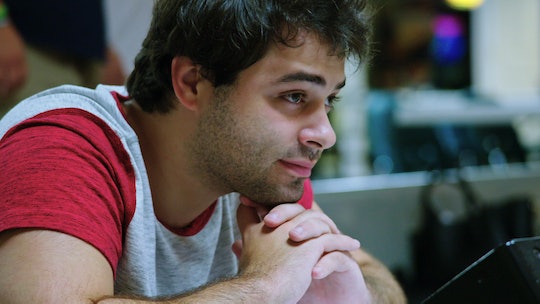 Matt's Story On 'Diagnosis' Will Give You Hope

Netflix's Diagnosis shows the true power of the internet. Based on Dr. Lisa Sanders' column in The New York Times of the same name, the medical docuseries explores the impact of crowdsourcing on patients who are suffering from rare diseases and have yet to receive a diagnosis. The first season introduced viewers to patients such as Matt Lee, the 20-year-old experiencing regular spells of déjà vu, cold sweat, and nausea. Following these feelings, Matt would also faint and occasionally flatline. Given his symptoms, it's only natural to want an update. So how is Matt now? Diagnosis seems to have changed Matt's life for the better.

Matt began experiencing his symptoms when he was 19, according to the video attached to Matt's "Diagnosis" article published in May 2018. "I used to be an athletic kid, but now if I strain myself too much there's consequences," the patient shared. "It's not normal for your heart to flatline. My heart is failing to keep me alive or keep pumping. I just want it to be figured out so I can get back to my normal life once I get a diagnosis, if there is a diagnosis one day."

After posting Matt's backstory, Dr. Sanders received hundreds of possible explanations from minds that would have been otherwise unrecognized. "The diagnosis I focused on was the cause of his loss of consciousness," Dr. Sanders said, per The New York Times. "Remarkably, the readers came up with a completely different diagnosis, which was also true, and this second diagnosis was really impactful."

In the episode titled "Déjà Vu," Dr. Sanders believed Matt's symptoms could be temporal lobe epilepsy or vasovagal syncope. When both tests came back with no resolve, the crowd offered another theory that suggested Matt's fainting spells could be related to stress as well as anxiety from trauma he experienced as a child. As a result, Matt went to a therapist to work through his stress and past. However, an official diagnosis was not given in the episode.

"As a doctor, I don't believe that stress did all of this," Dr. Sanders said. "I think that he has some kind of epilepsy that is exquisitely sensitive to his anxiety and trauma."

That being said, five months after filming Diagnosis, Matt's mental and physical health seemed to improve drastically. "In the months since filming, Matt's physical and mental health have both experienced vast improvement," Netflix stated in the episode. "No longer stuck at home, Matt is now healthy enough to work at a nearby pizza restaurant."

Although Diagnosis didn't get to the bottom of Matt's case, his improvement following therapy shows he is one step closer to discovering the underlying problem — something that may not have happened if Dr. Sanders had not shared Matt's story with the crowd.

"Putting Matt's case to the crowd showed that when you make a diagnosis, sometimes you're diagnosing the superficial — what appears to be the problem — and you have to dig deeper to find out what's really the problem," Dr. Sanders said.