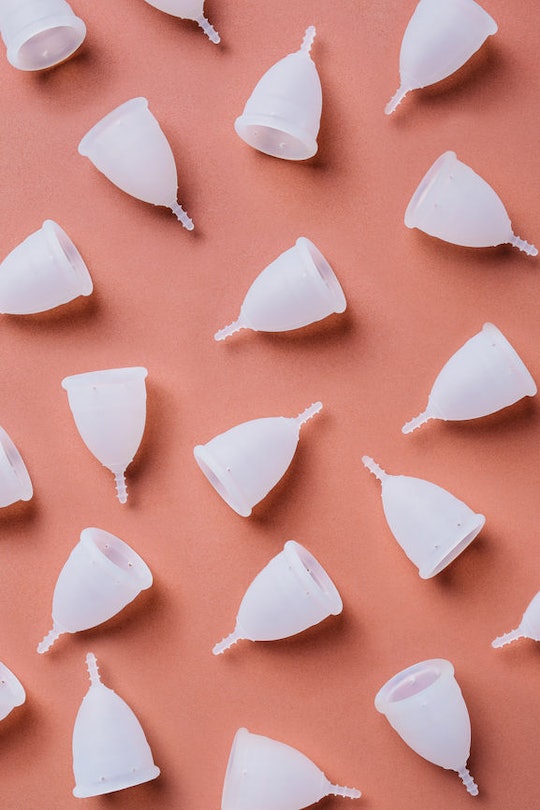 How Long Do Menstrual Cups Last? You'll Have To Replace It Eventually

No matter what the beautiful floral packaging on women’s hygiene products seem to imply, managing your period can be messy, annoying, and honestly confusing given the endless flow (pun very intended) of feminine hygiene product marketing. You may be familiar with the downsides of tampons and pads: they can be uncomfortable, expensive, and they produce a lot of waste. As such, reusable options like menstrual cups are becoming more popular: But how long do menstrual cups last, and what are the important things to know when investing in a menstrual cup?

First, an important debunking: while it’s sometimes thought that menstrual cups can’t cause toxic shock syndrome (TSS), they can—although it’s extremely rare. A 2018 study found that menstrual cups in the lab can still grow the Staphylococcus bacteria, but that doesn’t mean you should panic and yank out your cup in a room full of bewildered people. There has been only one reported, confirmed case of TSS brought on by a menstrual cup. But this means it’s still very important to keep your menstrual cup clean between uses.

Dr. Jennifer Gunter, an OB-GYN, told Consumer Reports that it’s advisable to boil the cups between every use in order to sterilize them, so having an extra pre-sterilized cup is one way to play it extra safe while still allowing the cups to be practical. And if someone catches you boiling your cup, just tell them it’s a new recipe and they’ll probably leave you alone.

So now you’re armed with knowledge about menstrual cups, and maybe you’ve got a backup cup on hand — how long will these little menstruation bouncers hold up over months of use? I’m not talking about how long you can leave it in (it varies between sizes and brands, but according to the Diva Cup website, it’s around 10-12 hours). Rather, how long these bad boys can handle being on the front lines of your cervical opening?

The menstrual cup company Lunette claims they can last up to 10 years, but if you see signs of wear such as holes, tearing, or changes in texture, you should allow your cup to retire (which is similar to what the Saalt cup company recommends). Menstrual cups are made of grade silicone (which is an extremely resilient material), so a long lifespan makes sense. However, a whole decade seems like a pretty ambitious estimation, especially if you’re sanitizing the cup by boiling it between each use or between each cycle, as is recommended. And the Diva Cup website notes you shouldn’t be using harsh chemical cleansers as it will shorten the lifespan of the cup, and more importantly, yikes that’s going in your vagina.

In terms of durability, Diva Cup explains that as a general rule, they recommend replacing the cup every year or so. The Intimina website is a bit more vague, explaining that the Lily Cup can last “...a number of years.” So your menstrual cup may survive at least a year, if not multiple years, but as a general rule of thumb: if it seems to have lost its luster, it’s probably time to bid adieu to your loyal period pal.